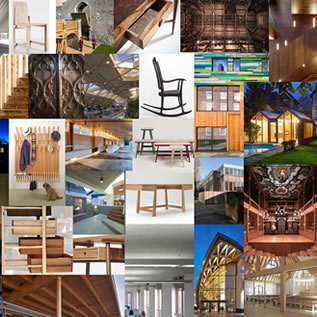 Timber in architectural and design projects celebrated at Wood Awards

A panel of experts have selected thirty projects to be judged for their level of excellence at the national Wood Awards 2014, taking place from 17th  20th September as part of the London Design Festival.

Over 300 British architecture and furniture projects were initially put forward for the prestigious occasion, which celebrates the use of timber in architecture, building design and furniture.

The shortlisted projects include private houses, restorations, and commercial and public buildings including the new Middle Drawbridge at the Tower of London by GMT Timber Frame using green and air dried oak.

The winners of the Wood Awards will be announced on the 18th November at a reception in London hosted by the Worshipful Company of Carpenters, with a supplement published in RIBA Journals December issue.