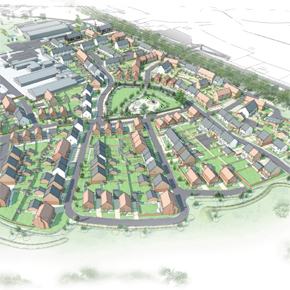 Transformation is just what the doctor ordered

Thousands of brownfield sites across the UK remain unused, even though these areas could provide new housing for hundreds of families. At Spectrum Housing Group, we recognise just how vital it is to transform abandoned sites into much-needed housing.

Having developed 1,000 new homes across the south and south west of England since 2013, we’re kick-starting a major housebuilding project with a twist.

We have partnered up with the Homes and Communities Agency (HCA), Natural England, Dorset Wildlife Trust and the Forestry Commission to turn a derelict former WWII hospital in St Leonards, near Bournemouth, Dorset, into a multi-purpose development. We’ve worked closely with the HCA, which owns the site, to secure plans to develop 210 one- to four-bed homes, including 84 affordable homes and outline planning for an 80 bed residential care home, that will retain employment in healthcare on the site.

We took this renovation project on for many reasons. As well as providing much-needed homes for local people, we also recognised that the area’s natural inhabitants need a home too. Teaming up with Natural England, Dorset Wildlife Trust and the Forestry Commission means we can protect local wildlife and re-establish Dorset’s historic heathland habitat. What many are not aware of is that lowland heathland is one of the most threatened habitats in Europe and the UK has 20% of the world’s total.

Once the site is restored it will become a valuable nature reserve but we will also provide a recreational area for local residents to enjoy. We are investing over £2m and working in unison with The Forestry Commission, Natural England and the Dorset Wildlife Trust to ensure that both the local community and local wildlife benefit from this renovation with the provision of Suitable Alternative Natural Greenspaces (SANG) on site and a nature reserve. Our plans ensure that indigenous species – smooth snakes, sand lizards, acid grassland, green winged orchids, nightjars and even a maternity unit for bats – will be given priority during the development work. 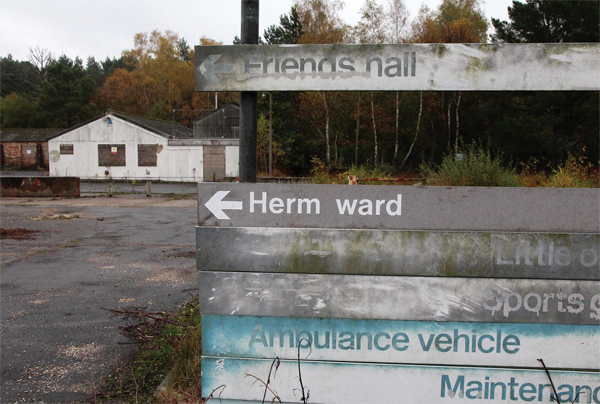 St Leonards Hospital was built in the 1940s as a wartime hospital for American and Canadian military forces who flew their injured servicemen into nearby Hurn Airport. The site was also home to a POW camp to the south of the main hospital buildings and it is believed the POWs worked in the hospital.

It is a really important part of the area’s history so it is vital that we preserve the memory. Although most of the buildings were demolished sometime in the 1960s, the famous American Oak tree will remain at the heart of the development. Not only are we naming the site after the Victory Oak, reportedly planted by Dwight Eisenhower to celebrate the end of the WWII, it will remain as a monument to remember the role that the site played in the war.

The area has suffered long-term neglect but the new development will make way for substantial restoration of priority habitat over the next seven years for all of the community to enjoy. Regeneration is vital to the local community as it makes residents feel a part of their area and welcomes new residents. What’s more, with growing demand for affordable homes up and down the UK, our development will make sure that we continue to meet this demand and make sure that everyone has the opportunity to access economical housing.”

Find out more in the June issue of PSB Magazine