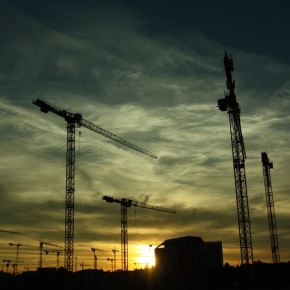 UK construction experienced “a subdued start to 2017”, as output suffered its weakest growth in January since the EU referendum, according to the latest UK Markit/CIPS construction PMI.

The Markit/CIPS Construction purchasing managers’ index (PMI) dropped from 54.2 in December to 52.2 last month (vs 53.8 expected), as housing, commercial and civil engineering all lost momentum.

Housebuilding stayed the best performing category, but its output was the weakest since September.

The downfall has been attributed to continuing cost pressures, from the collapse in the value of sterling, which has seen the biggest rise in purchasing costs since August 2008.

Despite the rising cost of imported materials, outlook for the year ahead remains positive. The latest Markit/CIPS survey recorded strong hiring activity, with employment numbers growing at the fastest rate since May 2016, whilst subcontractor usage increased at its steepest pace since December 2015, with a strong pipeline of new projects planned over the coming months.

The promise of an increased investment in innovation and infrastructure will have caused further optimism for the year ahead.