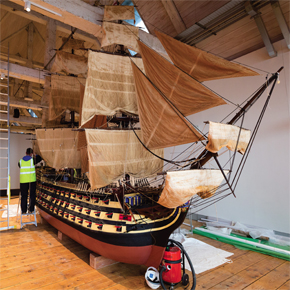 Artelia, the multi-specialist project management and engineering consultancy, has project managed the latest permanent display to The Historic Dockyard, Chatham – Command of the Oceans.

The remarkable galleries are built around the 260 year-old skeleton of HMS Namur, preserved where she was discovered and still lies. The Namur was one of the Royal Navy’s most significant warships of the Age of Sail. ABC+D finds out more…

Artelia project managers are regularly entrusted with some of the nation’s most precious heritage and are used to leading challenging projects – The Command of the Oceans was one of their most ambitious to date.

The £9m project developed by architect, Baynes and Mitchell, has seen the upgrade of a substantial area of public realm, insertion of a new entrance building between the Mast Houses & Mould Loft and Wheelwrights’ Shop, all Scheduled Ancient Monuments, while at the same time creating a new undercroft from which visitors can get up close and personal to see and smell the ancient timbers of the Namur. 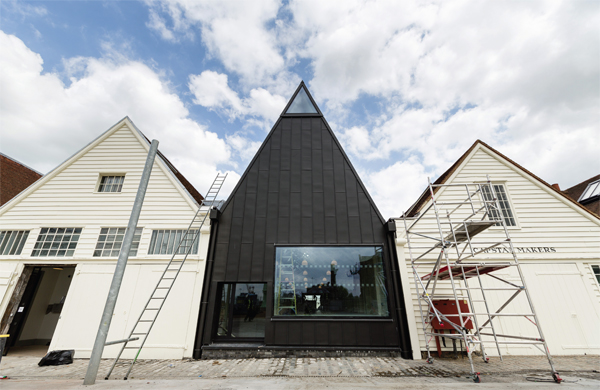 Artelia had to ensure the ship beneath the floor, was not damaged during the building of a new structure above it. The Namur was discovered by chance in 1995. Routine conservation work on the Dockyard’s Wheelwrights’ Shop led to an astonishing discovery: The timbers of the 18th century warship had lain hidden and undisturbed under the floor for over two centuries.

Over the past twenty years the Namur’s timbers have been carefully preserved and the stories of this influential ship researched and brought together for the first time. Techniques involving tensile wires, more commonly associated with bridge construction, were used to create a platform above the timbers, avoiding any damage to this archaeological find from scaffolding, as works progressed around it.

Artelia had the added challenge of the main contactor going into administration during the project. A swiftly developed recovery plan and decisive action from the Trust’s team and major funders, meant they were able to restart the project within a matter of days by taking on critical subcontractors directly. This resulted in Command of the Oceans being ready to open to the public just 11 weeks after the intended date. 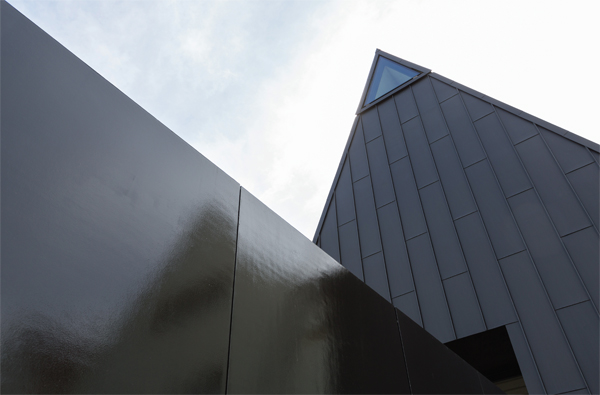 Command of the Oceans is the starting point for telling the story of the Dockyard’s role in British Naval supremacy, from the 16th Century, when Sir Francis Drake learned his skills at Chatham, through the heyday of the Age of Sail from 1700-1820 when the Dockyard’s shipwrights designed and built ships that transformed the British Navy into the most powerful sea force in the world.

State-of-the-art interactive displays tell a previously untold chapter of British naval history, showcasing the Dockyard’s importance from its creation, almost 400 years ago, through to modern times. Building on the existing Hearts of Oak gallery – a digital reconstruction of Chatham Dockyard as it was in 1806 during the height of the Napoleonic Wars – Command of the Oceans provides new documentaries about life on board during the historic Age of Sail.

During the Construction phase, project manager, Steve Prowse of Artelia, was at the centre of the team, co-ordinating budgets, planning, design and construction activities.

Steve commented: “The team has delivered a huge step change in the Dockyard’s history, one which the Dockyard, all the committed funders and team can be truly proud of. From the moment visitors arrive they are taken back through time to arrive at the new facilities where they find a truly unique and atmospheric experience. The old and new sitting so comfortably together is a credit to the architect and design team.

It is an emotional journey as you move through the museum, from national pride to reflective sobering moments when you appreciate the lives changed and lost during the creation of our naval history. Command of the Oceans is a true national treasure which engages the public of all ages and I am very proud that Artelia has been part of it.”

Artelia has a broad spectrum of experience in the heritage, museum and cultural sector, having worked on prestigious projects such Bletchley Park, HMS Victory’s Conservation, Canterbury Cathedral, Nottingham Castle, The Novium, Great Dixter House and Gardens, Fishbourne Roman Palace and National Museum of the Royal Navy.