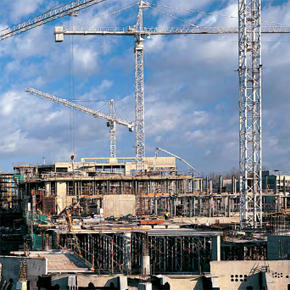 VPS Site Security has launched a campaign highlighting the seriousness of construction site theft, which affects 92 percent of sites on a regular basis according to a recent survey.

In a recent report by the Chartered Institute of Building, it was found that 1 in 5 building sites suffer losses weekly from stolen plant and equipment, with losses from theft and vandalism equating to £2 million a day across the entire industry once all costs of repair, replacement and lost working days are taken into consideration.

The campaign uses evidence for CIOB’s survey to outline the threats to construction sites, as well as how technologies have helped to reduce the cost of 24 hour security whilst improving the level of protection and deterrence.

Sites are often targeted for theft and vandalism, as high-value plant, equipment, fuel and materials are often left unattended at nights, over weekends and across seasonal holidays.

This week, the Belfast Telegraph reported an ATM theft at a petrol station in Country Armagh, instigated with the use of a stolen digger from a building site in Northern Ireland.

Stealing vehicles and machinery is common, whilst construction sites are also a popular target for the theft of metals, with over 100 acts of metal theft reported every day.

Even the most expensive fit-for-purpose site security costs can be quickly repaid many times over through the reduction in thefts and vandalism, whilst retaining a good reputation for prioritising the safety of employees and the public.

Find out more about VPS Site Security’s anti-theft campaign, and read more of the Chartered Institute of Building’s survey on construction site theft.