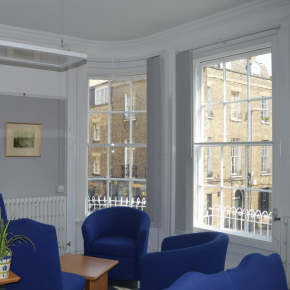 Warmer and quieter offices for the Master and Staff 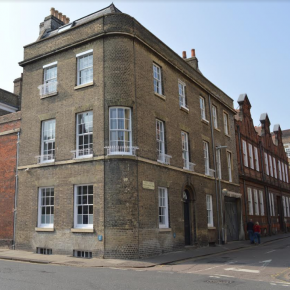 Selectaglaze recently helped to improve 74 Trumpington Street with the addition of curved on plan and standard secondary glazing.

Situated on the corner of Trumpington Street and Mill Lane, in the quintessentially English university city of Cambridge, three neighbouring buildings forming part of Pembroke College’s estate have just been renovated, which was no easy task.

One of which is the Grade II Listed Kenmare House designed and built by James Essex c.1760, a renowned constructor in Cambridge, with many of his buildings now making up the University’s Estate.

Pleasance Hookham and Nix were contracted by the College to put the architectural plans together of how the buildings would be reconfigured, to house the Master, Finance, Human Resources and International Programmes Teams and Fellows accommodation, who migrated across the road from the main building.

The rooms on the front elevation, including a space to become a meeting room with ornate Venetian windows, overlooked an extremely busy thoroughfare with tour buses and cars passing in front as well as the continual stream of bicycles found throughout the city. Due to its Listing, the original single pane windows had to be kept, so a resolution to combat the noise ingress and thermal inefficiencies had to be sought.

Selectaglaze was contacted at the beginning of the design process, which made the incorporation of the secondary glazing far more efficient. Many site visits were held to discuss the window opening preparatory work Coulson Building Group would need to undertake and the best frame styles to suit. 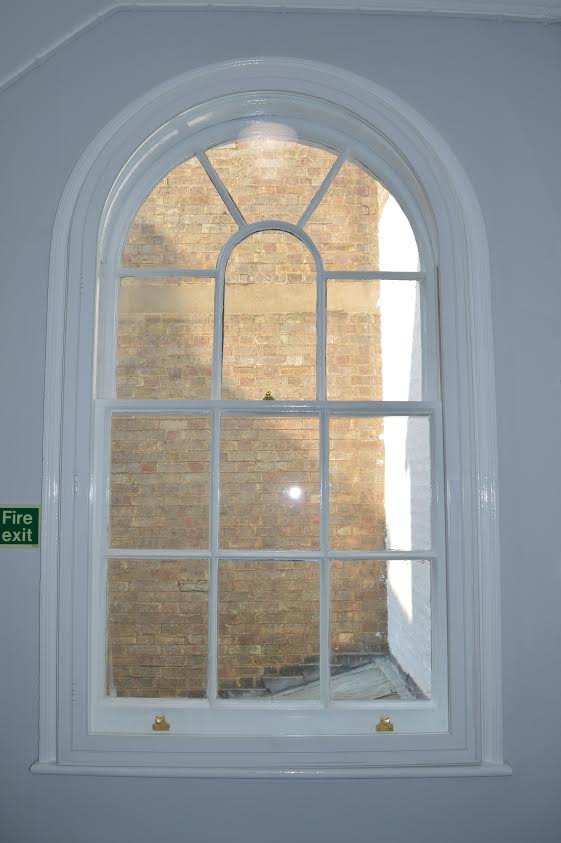 However, one window presented a greater challenge. The major view out of the corner of the building on Mill Lane, was a decorative large curved on plan sliding sash. Incidentally, Selectaglaze has just finished developing a new Series 25 vertical sliding curved on plan unit; previously it was only available as a casement. This new product proved to be the best solution, as it matched the sightlines of the original perfectly and glides effortlessly within the frame.

Over 60 units were installed throughout the buildings. On the front elevation, where noise ingress was a larger concern, the secondary glazing was installed with a larger cavity, to create the sound insulation. On the rear of the building the glazing was mainly for thermal and one intricately etched large window overlooking a flat roof, had a large Secured by Design unit installed for added security.

An array of styles were included in the design; Series 10 – 2 and 3 pane horizontal sliders, Series 20 vertical sliders and series 45 side hung casements (plus more). Some windows had arched heads, so special timber grounds were produced in the workshop, with a great deal of scribing and care taken during installation on site.

Thanks to the close collaborative work with Robert Griggs, Pembroke College Facilities Manager, making the curved unit fit wasn’t overly complicated. Robert comments: “The introduction of secondary double glazing was the only practical way to improve sound and thermal comfort within the restrictions of such a prominently positioned historic building. Pre and post-installation working conditions within the building were transformed by the Selectaglaze units with heavy vehicles simply unheard as they pass. The installation (apart from the curved unit) progressed in accordance with programme and importantly the site was left tidy for following trades.”

As a result, the installation of the secondary glazing is allowing staff at the college to work peacefully whilst the tourists pass by on their guided tours and are comfortable with draughts and heat loss eliminated.