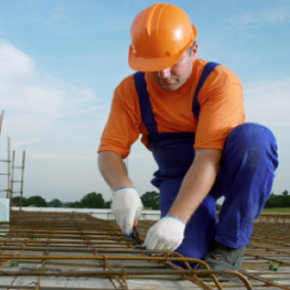 Was the collapse of the UK steel industry inevitable?

Could the Government and European Union have stepped in sooner to save the UK steel industry?

Tata Steel, one of the world’s leading steel companies, announced the need for billions of pounds to make their company viable. Tata Steel UK was losing around £1 million everyday and would need to be sold. This put 15,000 jobs immediately at risk in the Tata Steel’s UK business, as well as another 25,000 down the supply chain.

But could this collapse in the steel industry have been avoided if measures had been put in place to begin with?

The UK steel industry has been in decline for 40 years, with both employment and output steadily dramatically reduced, according to reports published on UK Steel.

A slowdown in Chinese manufacturing, created over-capacity in steelworks and a rise in cheap Chinese exports, which meant a collapse in the global steel market.

It was in 2012 that the pressures intensified; the government’s response to the current crisis is that, the economic growth has contributed to a decline in demand, meaning too much steel is being produced so prices for steel are low because the demand is low. Resulting in over 5000 job loses in the last 6 months.

According to The Guardian, Tata warned last year that they faced a £2 billion deficit in the UK. Tata have been trying to find a buyer for the last 18 months due to the financial problems the company is facing, but had no luck as of yet. It seems that Tata did ask for help, but steel bosses felt ‘let down’ by the UK government, saying that they feel the UK could have done more.

Stephen Kinnock, whose Aberavon constituency includes the Port Talbot plant said; company executive Koushik Chatterjee “made it clear that he wanted to see a British government doing more” there was little contact from officials.

The report on the government’s response to the steel crisis spoke about how other competitors such as France, Germany, Spain and Italy had done a better job in valuing their domestic steel industry more effectively than the UK.

Energy costs – UK steel industry pay higher costs than competitors in the rest of Europe, paying 80% above the EU median for their electricity. An energy-intensive Industries Package was only put in place for them last year – too little, too late.

However, Sajid Javid, the UK business secretary, explained how the government had been paying compensation for energy schemes such as feed-in tariffs for generating power. “We have so far paid over £23m to 12 companies, including Tata. We are continuing to rapidly work through applications and will be making further payments over the coming weeks. Our overall package of compensation and exemption will save the steel industry hundreds of millions of pounds over this parliament.”

Business rates – UK steel companies claim to pay up to seven times more in rates than their European competitors.

The European Union was slow to respond to the threat presented by China.

Steel is utilised for a range of different products, from Unistrut brackets and bridges, to sinks, exhaust systems and more. Steel is used for everyday appliances, therefore this industry does need to try and get back on its feet.

It seems that the complete collapse in the steel industry could have been avoided if the government and European Union had stepped in as soon as the problems had arisen.

Bimlendra Jha was appointed chief executive of Tata Steel UK to oversee the sale of the remaining business.

Javid met officials from China, which is blamed for dumping steel on the market. China has vowed to reduce the amount of steel it makes. Javid said China has recognised that it is a problem of overcapacity in their country and that “They’re committing to do something about it and I think that’s a very positive step forward”, but admitted that there was no easy solution to excess production:

Speaking about what the government was doing, Javid said: “We have already been in contact with potential buyers making it clear that the government stands ready to help but commercial confidentiality means I cannot go into detail about ongoing discussions.”

One comment on “Was the collapse of the UK steel industry inevitable?”