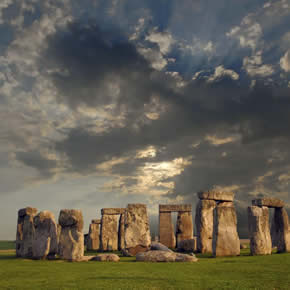 The Fuelcard People’s Steve Clarke advises avoiding driving through parts of the West Country on the longest day of the year, June 21st.

The Summer Solstice brings thousands of visitors to Stonehenge; as it is immediately followed by Glastonbury Festival this year, Steve predicts that at least 130,000 people will be heading towards Pilton on June 21st, simultaneously

He advises anyone needing to travel through the area on that day to avoid the relevant sections of the A303, A344, A360 and B3086. As people could be arriving at and leaving Stonehenge at any time, there are unlikely to be any quiet periods during the day.

With Glastonbury Festival starting on June 22nd, the traffic problems are expected to be worse than previous years; the events are usually separated by a few days, easing the strain on the roads.

‘Anyone having no choice but to take that A303, B3081, A371, A361 route can anticipate being part of a slow-moving convoy,’ argues Steve. Long delays are predicted for every route that leads to the small Somerset village of Glastonbury, with visitors arriving from throughout the UK and across the world.

Whilst many festival-goers will use public transport, roads such as the A37, A39m A303 and A361 will still be full. The effect of congestion will be felt out into the M3, M4, M5, M40 and their feeder roads.