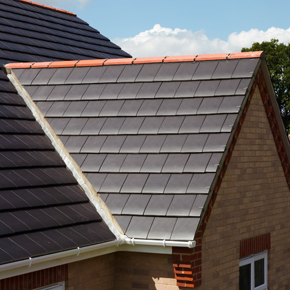 Redland‘s latest tile, Westminster Slate, has been selected for the use on a roof of a four-bedroomed house in the Cambridgeshire town of Wisbech.

The Westminster Slate, a large format interlocking clay tile features raised nail holes and has a custom-engineered head which enables it to be installed on roofs with pitches as low as 17.5o.

“The planners wanted a slate roof or something that looked like a slate roof and this tile does have a very nice finish, almost shiny rather than the matt appearance of some alternatives I looked at,” Steve said.

“It’s my first venture in building my own house, though I have worked on plenty of others. It’s one of a plot of four so I’ve done all the carpentry on it, my brother-in-law helped me with the groundworks and I’ve project managed the rest of the trades.” 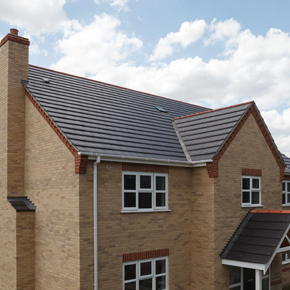 Not only does the Westminster Slate offer quality and impressive aesthetics, but it offers a inexpensive solution as well. This is due to its size and interlocking design, whereby only 10 tiles are needed for every square metre, as opposed to 60 conventional clay plain tiles.

The design comes in three classic colours, those being City Black, Cardinal Red and Old College Red and can be laid on a wide range of roof configurations. 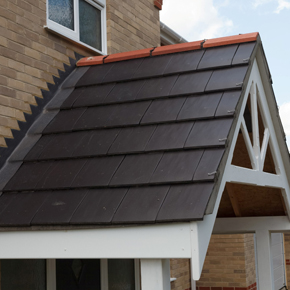 All Redland products are strenuously tested, meaning Westminster Slate clay tiles have faced freeze-thaw, wind-uplift and strength tests, plus the state-of-the-art wind tunnel, which mimics high wind and driving rain to guarantee weather-tightness in the most perilous conditions.