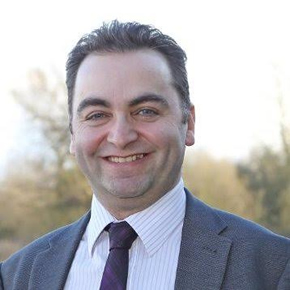 What does the Brexit mean for architectural ironmongery?

The Guild of Architectural Ironmongers (GAI) is publishing a new technical briefing on the impact of the Referendum vote to leave Europe on European architectural ironmongery and door hardware standards.

“While the UK is in some political and economic upheaval at the moment we are still a member of the European Union for at least the next two years,” explains GAI technical manager, Douglas Masterson (pictured above).

“Most of the product standards for door hardware and related products were developed over the past 20 years or more by CEN, the European Committee for Standardisation. The UK has provided the convenor of the CEN working group responsible for building hardware since its inception in the late 1980s.”

Although based in Brussels, the CEN is entirely separate from the European Commission and is not part of the EU structure. Membership of CEN is dictated through BSI (the UK’s National Standards Body) and is not related to its position within the EU.

GAI will look at the complexities that arise from ‘harmonised standards’ which are compulsory under the Construction Products Regulations and underpin the requirements for CE Marking.

The list of harmonised standards covers much of the hardware on fire and smoke control doors used internally and on escape routes, including single axis hinges, door closing devices, locks and latches, panic and emergency exit hardware.

CE Marking exists to help customers be certain that the product they are purchasing will perform well and help to ensure a safe environment for the building users.

Any manufacturer who exports goods to EU Member States will still be required to comply with CE Marking in order to place its product on the market there – even if the UK decides in due course to make such standards voluntary in the UK.

Douglas concludes: “We must also keep in mind that many GAI members are working in the Gulf, Asia and other regions of the world where British and EU standards are routinely specified as a mark of quality and reliability. We do not anticipate that changing as a result of Brexit.”

GAI’s wide range of technical guides to standards are available to download from the members’ area of its website.