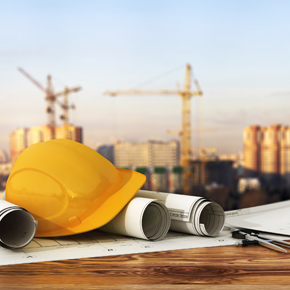 What does the future hold for the UK construction industry?

It would be fair to say that construction is facing some challenging times ahead given the recent economic instability and the fall in the value of the pound to name but a few of the issues.

The following is a review of the current state of the UK construction industry which considers what the future might hold based on social and political developments.

The latest figures reported by The Guardian from the Office for National Statistics, which have looked back over the first two quarters of 2016 have suggested that the industry has ‘slipped back into recession for the first time in four years’. Output dipped by 0.7% in Q2 after a 0.3% dip in Q1 and such a slowdown has meant that overall production has decreased over Q3 and into Q4.

This also comes despite an apparently strong level of GDP growth in Q2 of 0.6%; the conflicting figures have been blamed by some on the uncertainty in the build up to the Referendum.

Despite these abovementioned results preceding the full impact of the Brexit vote, there’s still no denying that the Referendum decision will have also have had an influence on the situation – and indeed will for some time to come.

While construction on our shores will hopefully be on the most part relatively unaffected, it’s contracts overseas that could take a significant hit. The current favourable rulings behind working in the EU will no longer be in effect and as such securing work in foreign nations – or from foreign workers – will be much more challenging and costly. The hope here for many will be that Theresa May’s proposed trade agreements between nations like India and China are organised quickly once Britain has official left the European Union.

With this then, it does unfortunately seem that the future looks a little bleak for the country’s construction industry, coming off the back of what are already some quite damning stats on the current situation.

The businesses who work more overseas will most likely be hit the hardest, but despite the doom and gloom, a potential silver lining to all this is that there may be more investment in UK based companies for things like equipment, materials and indeed workforces may see an up-turn, as more companies look to find more affordable options closer to home.

Only time will tell what does eventually unfold for the UK construction industry, while we have strong indicators by events such as Brexit, the reality is we won’t be certain until we can look back and measure the statistics.

With this in mind, a practical piece of advice for construction companies would be to simply keep working on looking for new opportunities and focus on the immediate interests of their respective teams and projects.