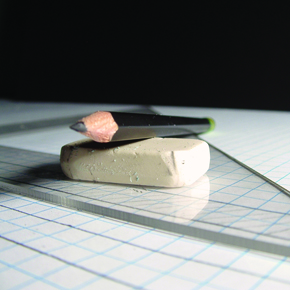 What, when and how: all you need to know about the Government’s changes to Planning Law

Tom Curtin at Curtin & Co speaks to ABC+D Magazine, shedding light on the Government’s recent revisions to Planning Law and predicts when they are likely to come into force…

Despite planning not featuring prominently in the Chancellor’s delivery of the Summer Budget, in the first all-Conservative Queen’s Speech since 1996, it was announced that there would be a number of important changes to the planning system in the UK.

The announcements followed the Conservative Party Manifesto 2015 where the following pledges were made:

“We will let local people have more say on local planning and let them vote on local issues.”

“We will devolve further powers over skills spending and planning to the Mayor of London.”

The second point is particularly interesting given that planning is expected to be high on the agenda during the upcoming London Mayoral and GLA elections, with the major parties selecting their respective mayoral candidates this month.

The upcoming changes in legislation will have major repercussions on the development industry going forward. Below is a summary of the proposed changes to planning policy, as well as an idea of when they are likely to become active legislation:

This bill will introduce a statutory register for brownfield land, with the aim of helping to get Local Development Orders in place on 90% of suitable brownfield sites by 2020 and will also include an extension of the Right to Buy scheme to 1.3 million housing association tenants.

In addition, the bill will aim to simplify and speed up the neighborhood planning system. The Housing Bill will be introduced in the Commons and the Lords during the autumn and is likely to receive Royal Assent within three months thereafter.

An Energy Bill was also announced during the Queens Speech which, in relation to planning, would remove onshore wind farms of over 50 megawatts size from the infrastructure project development consent regime.

Under the Planning Act 2008 regime, the Secretary of State for Energy and Climate Change is the ultimate decision maker on whether to consent to the development of wind farms of over 50 megawatts. Under the bill, onshore wind farms would no longer need development consent from the Secretary of State and would instead require planning permission granted by the relevant local planning authority.

This change in legislation is in line with the Conservative manifesto commitment to give local communities the final say on wind farm applications. The House of Lords Committee stage is scheduled for early September.

The committee stage of the Finance Bill will conclude by 20 October at the latest. On this basis, it is likely that report stage and third reading will conclude by 22 October, where any amendments from the committee stage will be debated and ratified. Following this, and once approved by the House of Commons, it will progress to the House of Lords.

Given the constitutional role of the Lords in respect of fiscal matters, it is unlikely that the Bill will stay in the Lords for more than a few days. Therefore, we can predict that the Finance Bill is likely to receive Royal Assent within the week commencing 26 October.