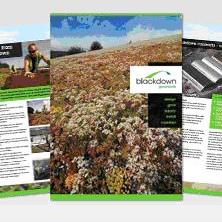 Why are Green Roofs and Blue Roofs vital to SUDS success?

The advantages of including of green roofs within SUDS strategies has been increasingly recognised as a key part of compliance with Governments Water strategy for England (DEFRA 2008).

However, by combining a blue roof system where detention and maximum discharge are calculated using hard engineering principles with the additional retention capacity of a green roof, it is possible to realise not just the hydraulic performance requirements, but every aspect of SUDS design criteria.

The Governments Water Strategy for England acknowledged that below-ground pipe systems cannot cope with extreme rainfall events, identifying the importance of SUDS and green roofs for water management and climate change mitigation. The combination of green and blue roof systems represents the ultimate sustainable roof drainage solution and the need for inclusion of these systems in our every-day architectural designs is already a reality.