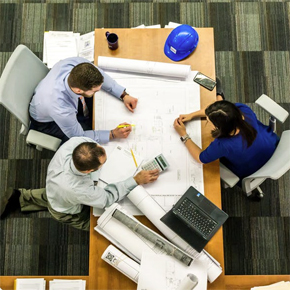 Why women need to play a role in planning and construction

Monika Juneja, Director at Fortitude Dynamics, argues for a representative workforce, highlighting the benefits of employing women in construction and planning.

When it comes to gender inequality, the construction industry is one of the worst offenders. It is estimated that women make up around 11% of the workforce, and only 1% of manual trades.

To make matters worse, there is ostensibly very little being done about this: the majority of the industry appears not to care. This is an incredibly dangerous and misguided attitude.

In 2017, there is no good reason, and no good excuses, not to have a representative workforce.

The reasons to employ women in construction, and particularly in planning, are numerous and cannot be argued with. Having more women in the workforce benefits not only the industry, but society as a whole.

The first and most obvious reason is gender equality and promoting equal rights. Women being viewed, and therefore being employed, as equal, should be argument enough in itself. Even if achieving gender equality in the industry only benefited the women who gained recognition and employment, it would still be worthwhile.

Moreover, we only have to look to the recent BBC pay scandal to see how negatively inequality is received – in the simplest terms, sexism is bad press. There is no need to put the reputation of an industry at risk, particularly as hiring more women can only have a positive impact.

Given that the construction and development industry is in desperate need of recruitment, with approximately 20% of the workforce nearing the age of retirement, having a larger pool of people to recruit from is essential.

Making women feel welcome in the workplace could increase the recruitment pool massively.

On top of this, many women cite workplace sexism as a reason for not wishing to pursue a career in the industry. This is true for every level and sector, from those in manual trades to female architects and engineers.

A greater number of women in the workforce means more accountability and more general consciousness about discrimination and inequality, which makes the industry more attractive not only to women, but to other individuals from groups that traditionally face social exclusion. More diversity means more diversity of thought, which is essential for every sector of the industry, but especially planning.

Many have asked the question about what a city designed by a woman would look like. This isn’t a matter of different shapes or colours – it’s about infrastructure that is designed for those who are not able-bodied, adult men in full-time employment.

Current cities are designed around a separation of work or office space and home as completely separate. Concerns regarding childcare, location of schools, and outlets are, by design, of secondary importance.

How women’s experience of the world differs would impact the planning of infrastructure on both a small and large scale. On a large scale, it could alter what a town or city is planned around: making life easier for those who have to travel between schools, shops, work and the home on a daily basis.

On a smaller scale, the social exclusion that women have faced would mean more consideration of how building planning affects particular social groups, for example, designing sites in a way that is accessible and promotes social cohesion.

In many ways, planning is an industry unavoidably affected by politics; it deals almost constantly with the ramifications of political decisions and changing ideologies. It is largely the responsibility of politicians to manage the ongoing housing crisis. The argument for having more women in politics speaks for itself; more women in planning is a way of supporting this.

When asked when there will be ‘enough’ women in the supreme court, Ruth Bader Ginsburg answered, ‘when there are nine’.

She says that people are shocked, but there’d been nine men, and no one had ever raised a question about that. This revolutionary attitude is exactly what is required in every industry, and particularly planning and construction, as, at present, this kind of equality seems so far off.