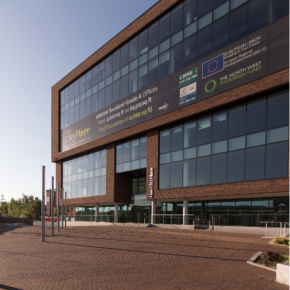 A new public space has been launched outside of Chester Railway station to mark a gateway to the city’s new £100 million Central Business Quarter.

The development, due for completion in 2028, is under construction to guide future economic regeneration of the area.

The aim of the project is to co-ordinate a programme of public and private investment and development activity into the city centre. 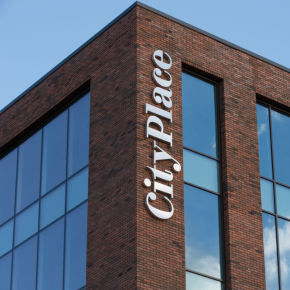 The new development, located at the gateway to the city, acts as the focal point of the Central Business Quarter. It will provide office accommodation, associated retail and leisure facilities, in addition to 200 residential units.

The new public realm scheme has also seen the development of a winter garden and 30 metres of green-wall, which runs underneath the original Grade II listed Porte Cochere that forms a key entrance to the station.

A carriage shed was also created as part of the project, creating a synergy between the living wall and the ground and a space to house events and live performances.

The regeneration, which has been delivered for Chester West and Chester Council, has been 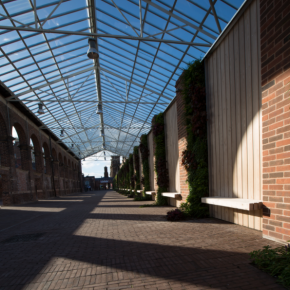 supported by a grant from the European Regional Development Fund.

The project used high quality materials and building techniques throughout to promote sustainability and longevity, resulting in traditional materials being used in an unorthodox way to great effect.

The project is set to be ongoing for a further 12 years and will add to Chester’s current boom – attracting more people into the heart of the city, whilst also acting as a pioneering example of modern architecture designed to celebrate and feature traditional materials that are fully reflective of the design’s wider environment.