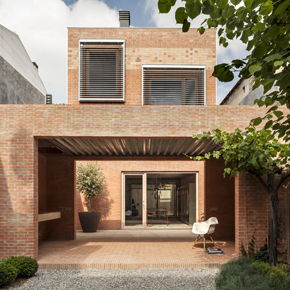 Wienerberger has announced the winners of the 2016 Brick Award at a special presentation at the Radiokulturhaus in Vienna. 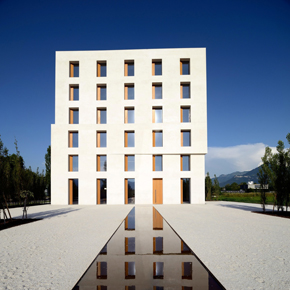 The Brick Award recognises the innovative use of bricks in architecture around the world.

More than 600 projects from 55 countries were submitted, before an independent pre-jury panel narrowed down the submissions to 50 nominations. Awards were presented across five categories: Residential Use, Public Use, Re-Use, Urban Infill and Special Solution.

Two projects were also awarded a Grand Prize, whilst architect duo Duplex were awarded the Special Prize for its Cluster House project in Zurich.

The Cluster House concept provides residents with communal kitchens, greenhouses, hotel rooms for guests and car sharing whilst asking them to forgo certain conveniences such as their own garage space.

The first of the two Grand Prizes was awarded to architect Dieter Eberle for theoffice building 2226, which is located in Lustenau. The innovative building is managed without ventilation, air conditioning or heating.

The ‘2226’ name is taking from the prevailing indoor temperature, which ranges between 22 and 26 degrees all year round, made possible by 76cm thick brick walls. The only energy source is heat emitted by people, computer and luminaries.

Spanish architect HARQUITECTS picked up the second Grand Prize and Urban Infill Award for its House 1014 project in Barcelona. The development showed how “left-over” space could be used in urban areas.

HARQUITECTS designed a sequence of alternating interior and exterior, spaces on a narrow site with a width of only 6.5 metres; comprising a private home and a guest house, as well as terraces and atria.

Termitary House, a residential project in Vietnam built to resemble the building plan of a termite mount, collected the award for Residential Use.

Architects Tropical Space built the house entirely of brick, with all corridors galleries and rooms coming together into a central main room.

The Public Use Award was given to architect Bert Duhullu, for his work on the auditorium of the AZ Groeninge health centre in Belgium.

While the main building is characterised by a traditional design, a contrasting structural shell was conceived for the new auditorium. The shell seems to sink into the sloping ground, with one side protruding over the edge. Rough bricks were used envelop the curved façade. 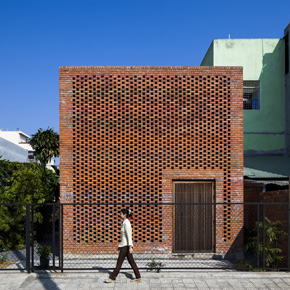 Studio SuperLimāo’s Marília project in São Paulo, Brazil collected the award in the Re-Use category, for its work on preserving one of the last historic brick buildings in the area.

The architect commented: “With Marília we had the opportunity to create a project respecting the history, the building material, the environment, and the surroundings.”

Heimo Scheuch, CEO Wienerberger AG, commented on the awards: “I am impressed with the quality and internationality of this year’s submissions. They illustrate how customized architecture concepts can bring about unique and forward-looking projects – even under extreme climatic or spatial conditions. The innovative winning projects thus emphasize the varied application possibilities of brick as a building material.”