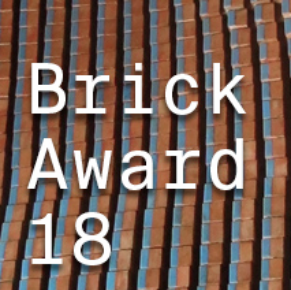 Wienerberger is recognising outstanding brick projects globally with its Brick Award 2018, and is inviting architects, architecture critics and journalists alike to enter projects.

The Brick Award, which is a biannual event, was initiated in 2004 and in 2018 will present this internationally recognised award for the eight time. Entries are now open and set to close on 20th April 2017 – an online submission tool is available.

7,000 Euros is awarded to one Grand prize Winner and 5,000 Euros will go to each of the four other Category Winners. The five categories are: feeling at home, living together, working together, sharing public spaces and building outside the box.

Entries from those using bricks innovatively, such as using new construction technologies or including custom-made bricks and new ornamentation, are welcomes for the last category.

Ceramic products should play a significant role in the submitted project, which could range from clay blocks and facing bricks to clay tiles and clay pavers.

How the project combines functionality, sustainability and energy efficiency will be looked at especially. Additionally, the project should be completed in 2014 or later to ensure topicality.

A panel of architecture journalists and critics will narrow down the number of entries to 50 nominated projects for the Brick Award, which will be published in Brick18. Furthermore, an international jury of architects will select the five winners in each of the categories as well as the Grand Prize Winner.

The award ceremony is set to take place in Vienna in spring 2018.