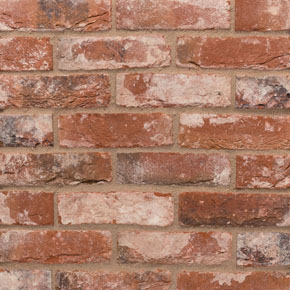 Wienerberger has further expanded its range of reclaimed style bricks with the addition of the new Olde Wells Rustica.

Reclaimed bricks are becoming increasingly popular in the UK; their distinctive appearance as a result of the ageing and weathering process, in addition to being less widely available, has given them an air of prestige. However, reclaimed bricks are often unreliable and inconsistent and can therefore create a great deal of issues.

The alternative Old Wells Rustica brick has been created through a unique ‘tumbling’ process to recreate the aged, weathered appearance of old bricks, whilst maintaining the technical performance of new bricks. Wienerberger’s reclaimed style brick range has been produced to the European Standard EN771-1, ensuring the bricks are safe and come with a number of performance guarantees such as frost resistance.

Developed for housing projects where an instant aged appearance is desired, the Old Wells Rustica brick features a distinctive white mortar coating which is applied to the face of the brick to add to its authenticity.

Wienerberger’s wall category product manager, Lee Pauls, commented that the company is looking forward to seeing the first projects built with the brick in the near future.