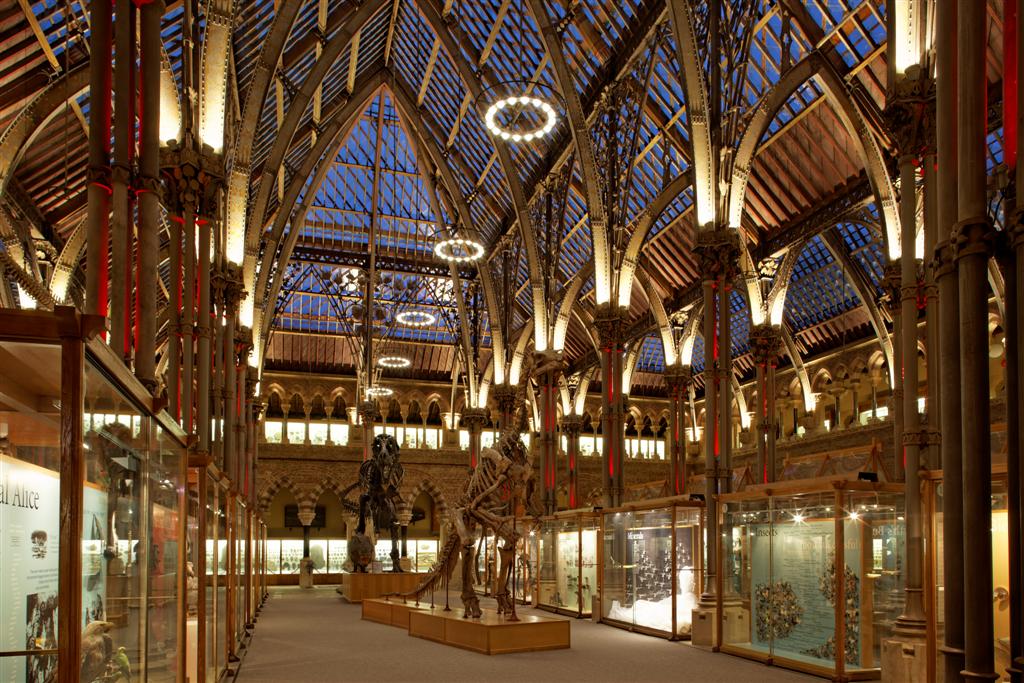 Light at the Museum

Oxford UniversityÍs Museum of Natural History, originally built in 1860, is a Grade I listed building.

In December 2011, the museum began an extensive project to repair its roof structure. At the same time, a routine lighting survey conducted by the UniversityÍs Deputy Electrical Engineer demonstrated huge potential to upgrade and enhance the minimal lighting that was then in situ.

As such, a project team was assembled, which included the museumÍs electrical engineer, Zumtobel, Purcell Architects and Monard Electrical.

ñJohn Cronin, Chief Lighting Designer at Zumtobel: ñThe first challenge was that only limited drawings of the building existed so we had to manually measure and digitally model the building. Then once a design principle was agreed we created a series of mock-ups that allowed us to select appropriate luminaires, positions and beam angles, ensuring we avoided unnecessary issues when it came to final installation on site.îæ

A significant challenge for the team was developing an appropriate fixing system that would not damage the Grade I building. Monard Electrical played a fundamental role in the design and selection of innovative fixings, which allowed the luminaires and cabling to be attached to the structure by magnetic brackets.

Richard Francis, Partner at Monard Electrical: ñThe use of magnets followed exhaustive testing for compatibility with the Zumtobel supplied luminaires. ñHowever the end result is exceptionally discreet cabling where black cabling appears against a black background, and grey against a grey _ with no fixings directly installed on the museumÍs structure.î

The resulting architectural lighting solution comprises a combination of Zumtobel, Bega and Limburg luminaires, which significantly improve the overall lighting in the museum as well as illuminate the architectural features of the building, enhancing aesthetics and providing an energy efficient solution.ææ

All luminaires are dimmable and networked to a ZumtobelæÍs Luxmate lighting control system, with an integrated central battery for emergency, designed in combination with Oxford based M&E Consultancy CBG Consultants Limited.

Day to day operation is fully automated with daylight control by a roof mounted Skyscanner device that monitors the available amount and direction of daylight.

For events, a choice of carefully balanced lighting scenes, including RGB colour change, are accessed wirelessly by museum staff, via an iPad.

Robert Gregg, Deputy Electrical Engineer at Oxford UniversityÍs Estates Services: ñFor the first time the museum is benefitting from a welldesigned lighting scheme that has attracted critical acclaim from external conservation bodies. The results are a testament to the commitment,passion and pride in the project displayed by the whole team.î

The performance of the LED luminaires, the expertise of Zumtobel and a collaborative approach from the project team has resulted in a spectacular lighting solution that meets the complex requirements of the space.