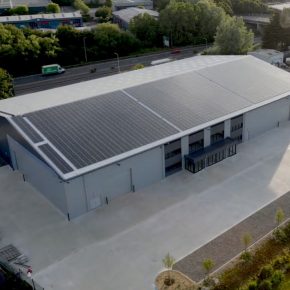 Ahmarra have been manufacturing performance timber fire doors in Portsmouth for nearly three decades. But, in 2012, the company began to consider the possibility of relocating. They found a brownfield site not far from their current location.

The relocation proposals were due to a growing demand for bespoke doors.

In March 2019, after five years of negotiating to buy the land and another year seeking planning permission, construction on their purpose-built facility began.

In Ahmarra’s first plans for the new purpose-built premises, increasing energy efficiency was at the core. 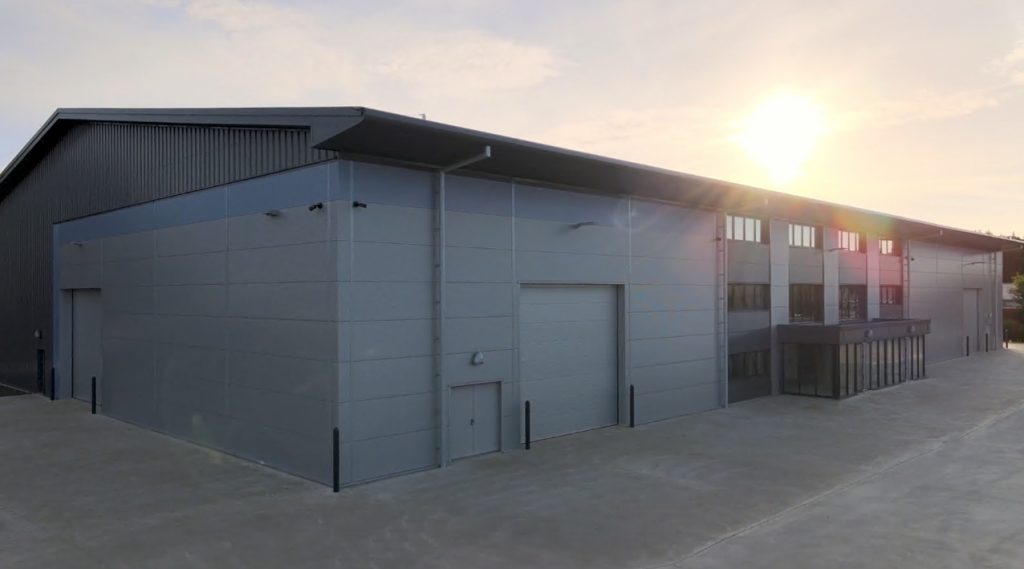 800 solar PV panels feature on the south facing roof. These are capable of producing 250kw of electricity an hour on a sunny day. This will significantly reduce their electricity consumption.

Solar PV panels also feature on the Biomass boiler heating the factory, which is being relocated to the new site.

They are currently in the process of having the offices fitted-out and the installation of machinery in their new premises.

With an investment of over five million pounds, the objective is to produce engineered fire doorsets in an increasingly more efficient, consistent and environmentally friendly way.