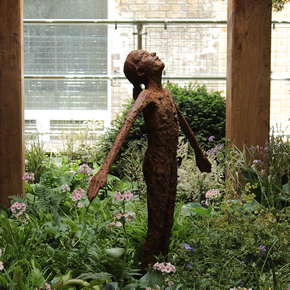 Big Foot Systems recently supplied its H Frame for use in a rooftop garden project at Great Ormond Street Hospital, which was covered by BBC’s DIY SOS.

The rooftop garden was designed by Chris Beardshaw. After its medal-worthy debut at this year’s RHS Chelsea Flower Show, the garden was relocated and adjusted by the BBC DIY SOS team, to provide a permanent sanctuary for children, families and carers at Great Ormond Street.

Featuring more than 30 mature trees and approximately 1,000 plants, set in 30 tonnes of soil, the garden required 70 crane lifts to reach its destination: on the roof of the hospital’s old boiler house, in the centre of the site.

The space provides a calm and meditative space for patients, staff and family members, in convenient proximity to the hospital’s wards. 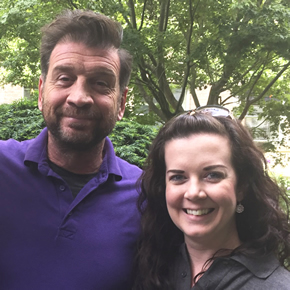 Big Foot Systems was commissioned to provide its H Frames for the DIY SOS project. Traditionally designed to support pipework, duct and cable ladders, the frames were specified to sustain and distribute the load of a wall in the roof garden.

As the support is compatible with industry standard componentry, the project’s installers were able to provide their own strut, which could be fabricated on-site: this ensured that the overall cost of duct and pipe installations was kept to a minimum.

In honour of its contribution to the project, Big Foot was invited to attend the official unveiling of the finished garden.