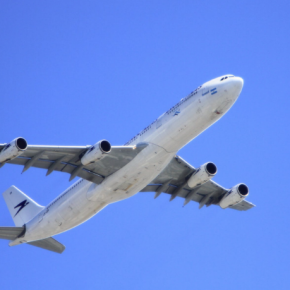 Buildingtalk Online Editor Max Banner takes a look at industry reaction to the news that MPs have backed plans to build a third runway at London’s Heathrow airport, in a Commons vote by 415 to 119.

This vote has caused plenty of controversy; mostly circling around Foreign Secretary Boris Johnson, a leading opponent of expansion, missed the vote because he was in Afghanistan.

Tory MPs were under orders to support the government, whilst Labour’s official position was to oppose expansion, but its MPs were given a free vote.

The outcome was deemed particularly controversial by Greenpeace UK, who said it was ready to join a cross-party group of London councils and the city’s mayor, Sadiq Khan, in a legal challenge against the third runway.

And Friends of the Earth said in a statement that MPs who backed this ‘climate-wrecking new runway’ will be ‘harshly judged by history.’

The government has said the airport will be built at no cost to the taxpayer, with 100,000 jobs created and benefiting the whole country, via guaranteed internal flights to the rest of the UK.

The four-hour debate began with Transport Secretary Chris Grayling saying Heathrow was ‘full’ and a new runway was needed to secure ‘a clear path to our future as a global nation in the post-Brexit world.’

Opposition was fierce, including from an impassioned speech by Labour’s shadow chancellor John McDonnell, who warned villages that had existed for 1,000 years would be ‘wiped off the face of the earth’ to enable a company to maximise its profits.

Industry reaction to the news have been largely positive.

The vote was welcomed by business group the Confederation of British Industry (CBI), who heralded it as ‘a truly historic decision that will open the doors to a new era in the UK’s global trading relationships.‘

“There is little doubt of the ambition and economic potential of Heathrow. The expansion will be the UK’s largest privately funded construction project, generating thousands of jobs and business opportunities nationwide, boosting passenger and cargo capacity, and forging new links around the world,” he said.

“This is also a mega project that provides a critical opportunity to positively disrupt the UK construction sector.

“It’s an opportunity to challenge the way we have delivered infrastructure in the past and forge a new sustainable industry model – one which provides a legacy of new skills in digital, manufacturing and off-site assembly, with expertise formed throughout the construction supply chain, and shows that the UK is a world leader in setting up and delivering major projects. It will act as a beacon for attracting and retaining talent in the sector at a time when we face an acute skills crisis.

“Successfully delivering the third runway will not only boost our capacity for international trade, but prove the worth of the UK infrastructure sector as a desirable export on the international stage.”

And Mark Farmer, CEO at Cast and author of an independent review into the capacity of the construction industry, described the vote as a ‘major milestone‘ in what has been a ‘long running saga‘.

“With major skills shortages already visible throughout the sector and further concerns of labour shortages post-Brexit, one only has to look at the tell tale signs showing at the labour intensive tail end of the Crossrail project.

“Ongoing labour force problems, cost escalation, schedule delays and question marks over quality are all evident and do not bode well for Heathrow.

“That is why Heathrow’s ambitious plan to deliver a significant proportion of the construction in 4 remote ‘logistics hub’ locations across the U.K. is a real game changer for major U.K. infrastructure.

“It plays to the government’s wider Industrial Strategy ambitions of rebalancing economic growth across the country, it will create new manufacture led construction supply chains, it will massively improve productivity, reduce site waste and will reduce the perennial risks associated with traditional on site delivery.”