Blogs » A strong finish for builders merchants in 2016 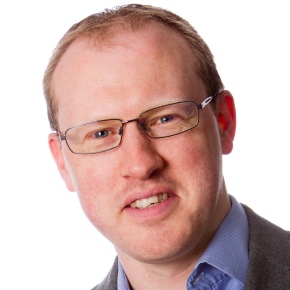 A strong finish for builders merchants in 2016

Ricky Coombes, Channel Manager at GfK, which provides the top line data for the Builders Merchant Building Index, looks at the Q4 2016 performance of builders’ merchants. 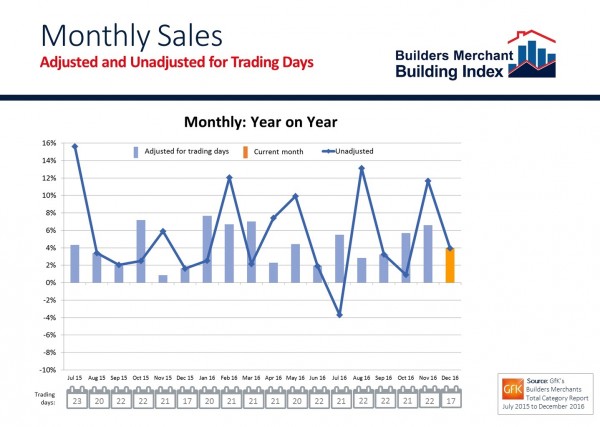 Heavy Building Materials, the most valuable category, performed in line with the total channel. It grew 5.8% on 2015, driven by several key sub-categories, such as Roofing Products, Lintels and Plaster/Plasterboards”. Timber & Joinery Products, the second-largest category, was up 3.8%.

December’s Builders Merchant Building Index (77.1) was affected by fewer trading days in the month, although less so when adjusted to reflect average sales per day (94.1). The fourth quarter (100.9) was in line with the Index but ahead when adjusted for trading days (104.7).

“Demand for mineral products was strong in the final quarter of last year, helping to boost overall 2016 sales volumes by 4% for ready-mixed concrete, 4.2% for aggregates, and 4.6% for mortar. Sales to builders’ merchants were up in Q4 on a like-for-like basis. Asphalt was flat as progress on some major road schemes was delayed but we expect to see the momentum for all products flow into 2017.

Demand for ready-to-use products remains high, and like-for-like sales are better than other product lines. As anticipated, demand for plastic packaged cement increased in the winter months.

Despite the uncertainty around Brexit, we have not seen it impact significantly on construction activity, and the outlook is positive.”