Blogs » A week on the radio – a piece by MF Freeman 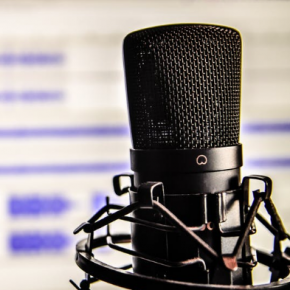 A week on the radio – a piece by MF Freeman

In this piece by Rachel Browne, marketing executive at MF Freeman, it is explored how a local radio show changed the Gloucestershire construction company’s perspective…

Picture the scene. It’s an ordinary Monday morning. You sit down at your desk, switch your computer on and open up your emails. You don’t expect anything remarkable in your inbox. ‘Mark Cummings: BBC’. “Unusual”, you think; not what you expected to see. You ignore the less appealingly-titled, “January meeting”, “Mailer” and “Weekly report” emails and click open. Well, that’s what happened to me one cold day in early February.

“Can I grab a quick chat with you after 9? I have a fun favour to ask”, the email read. Well, that sounded intriguing; so intriguing in fact that I grabbed the phone and rung our local BBC radio station immediately, realising too late that in my excitement it was nowhere near 9am!

A few emails and telephone calls later and it had all been organised; MF Freeman was to be the opening company in a new BBC Radio Gloucestershire Breakfast Show feature, Cummings County Quiz. The daily feature, testing a team’s knowledge of Gloucestershire, was going to replace the popular Phone with no home slot which had been running for a few years, and, as chance would have it, MF Freeman had been selected as an ideal company to kick-start it all.

OK, so it wasn’t quite as random as it sounds. As an avid listener for many years, I had appeared on the radio station in a number of different guises in the past, representing a range of different organisations. Even my daughter, who had been around 7 years old at the time, had appeared on the Breakfast Show once, reading a Winnie the Pooh poem as part of a school reading challenge! When I joined the marketing team at MF Freeman in the autumn of 2017, I straight away linked up with a number of media organisations with the objective of raising the profile of the company. It was then that we joined BBC Breakfast Show’s Thermometer Army – a quirky feature where local businesses contact the show on a daily or weekly basis providing the temperature at their place of work. It’s a great opportunity for Gloucestershire organisations to get a mention on the show (Jon at Over Farm and Pat at The Choice is Yours greengrocers in Coleford – how I love your updates!) while providing a useful community service at the same time.

Anyway, so it happened, and on bright Monday morning at the end of February, I was joined by Neil, David, Shelly, Jenny, Avril, Sarah, Peter, Emma and Malcolm for our inaugural team appearance on live radio! It was 8:30am – we all met in Peter, the finance director’s office, cup of coffee in hand, a little uncertain of quite what was going to be expected of us! Actually, that wasn’t strictly true – I wasn’t actually there – unfortunately the feature had been organised to coincide with the end of my holiday! But on day one, there I was, very much with the team in spirit, cheering them on from the comfort of my Center Parcs villa!

Well, the opening question was certainly enlightening! “If in the Forest of Dean, you procured a Fern Ticket, what would that allow you to do?” (If you don’t know the answer to that one then I suggest you look it up! It’s certainly worthy of a giggle!) Fortunately Avril, our Plant and Logistics Manager is a local and happens to possess one of these rare tickets – so we got that one right (and we had a bit of a laugh at her expense too!)

The team, led by Peter, went on to score a convincing 8/10 on day one, proving that they didn’t actually need my help anyway! I was tempted to leave them to their own devices for the rest of the week but as Mark had threatened questions on Cheltenham – where I live – later in the week, I thought I should probably assist. (Thanks Mark, for the population question and the question about Cheltenham Town football club’s manager – I can definitely take credit for correct answers to these! I only wish I’d spoken up louder when quizzed about the location of a property once owned by 80s/90s pop star Rick Astley – we would have scored an extra point then!)

Day two saw us scoring a rather pathetic 6/10 and yes, that was the day I was spokesperson, so I didn’t do the team any favours there, but we made a comeback on day three with a full house 10/10. Respectable scores of 7 and 8 on Thursday and Friday gave us a weekly total of 39/50 – not bad considering we were the guinea pigs in the new feature. We finished the week on high, and following a mini photo opportunity, we all went our separate ways and returned to our regular work.

But during that week, a strange thing happened, something that we hadn’t anticipated would be a benefit of taking part in the programme. Of course the publicity was good – who wouldn’t want the opportunity to shout out about the residential development we are building in Northleach? What we hadn’t appreciated was the bonding of staff members whose paths don’t necessarily cross in everyday office life. Our team involved representatives from marketing, finance, customer service, surveying, operations and logistics – and it’s not often you find this combination of staff members in the same room together.

Meeting together each morning became something to look forward to – we’d start the day with a cup of coffee and a bit of a banter while waiting for the all-important call from BBC Gloucestershire. We’d dissect the previous day’s quiz, kick ourselves for getting obvious questions wrong and discuss how we might improve our chances next time round. Those team members who were coerced a little into taking part, gained confidence each day and those who felt unable to contribute were a welcome support in the room. Some team members took their role very seriously and avidly researched each night – others were simply there for a laugh and took the opportunity to poke a bit of fun at their team mates. We learnt a lot about each other and discovered some fascinating things about colleagues’ backgrounds and interests.

But what we learnt most was the value of teamwork – the fact that every member of the team had something to contribute. We learnt about collaboration in a very different way to how we’ve done it before. Of course, working for a construction company we are used to operating in teams, but the teamwork we experienced as part of our radio appearance was of a very different nature. Yes, the quiz was fun and yes the publicity was welcome, but what we’ll take away from the exercise the most is that we are now a closer, more trusting, united team who can truly appreciate the individual contributions that each team member has to offer.

We have big plans moving forward. 2018 is a year when you’ll see the staff at MF Freeman accomplishing many things through their daily work but also in their personal lives. We’ve already set ourselves some new challenges within the organisation and as the year progresses we’ll share some of those plans with you. We’re hopeful that these new goals and activities will further cement the relationships that we value so much within this wonderful Gloucestershire business. For now let me encourage you; find opportunities for greater collaboration within your company. If an opportunity to work as a team presents itself to you, whether in a work or social setting, seize the bull by the horns and go for it. There is strength in numbers.