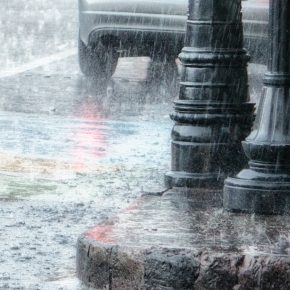 ABC&D ARTICLE: It’s high time we built flood defences that save the rain

Whenever there is an over-abundance of rainwater, we are failing to save it. Instead of valuing it as a precious resource, we treat it as waste that causes flooding as it flows away into over-burdened drains, sewers and rivers, argues Kevin Reed, water recycling manager at SDS, in April’s edition of ABC&D magazine…

“Rainwater harvesting systems can act as a first line of flood defence by holding back surface water when it rains heavily.

At the same time, they reduce the need to use heavily-treated mains water for non-drinking water uses. Yet, we persist in treating surface water as a waste product and look to dispose of a precious and valuable commodity as quickly as possible.

This year has already seen the highest rainfall since records began in 1862. Extreme weather conditions have caused flooding devastation and heartbreak.

Sir James Bevan, chief executive of the Environment Agency, said ‘Welcome to the climate emergency’ at the end of February, warning that, unless urgent action is taken, more communities will flood more often and more seriously in future.

Reputed for his no-holds barred speeches, Sir James previously reminded us (in 2018) that surface water is ‘the biggest flood risk of all’.

In 2019, he exposed another ‘existential threat’ – the ‘jaws of death’. This shocking metaphor came to signify that, at the present rate, we will no longer have enough drinking water to meet demand by 2050. Wasting water should be ‘as socially unacceptable as blowing smoke in the face of a baby’, he said.

In a 2017 report,* Thames Water estimated that 33% of residential, and 60% of commercial, mains water consumption is used for non-drinking water purposes.

Using attenuated and stored rainwater for toilet flushing, laundry, vehicle washing, or garden irrigation seems like the proverbial no brainer.

Take a look at CIRIA 753, The SuDS Manual, widely acknowledged as the bible for consulting engineers and designers. It doesn’t just list rainwater harvesting as an important SuDS component, the manual places re-use right at the top of the design hierarchy.

Still, rainwater harvesting and re-use systems, while a relatively simple technology, and established for many years, have failed to become mainstream. One barrier to progress has been the need for most rainwater harvesting systems to be designed with a second attenuation or storage tank to manage flood risk.

Now, advances in smart instrumentation and telemetry are being harnessed, so that the storage space needed for flood control and water-saving can be combined, carefully monitored and controlled.

Leading technologies beginning to be deployed in the UK use weather prediction data to control the levels of rainwater in a single tank for both attenuation and re-use.

When a storm is predicted, the water level in the tank is lowered in plenty of time to allow the spare capacity to be used as a defence against surface water flooding.

Such technologies can be deployed for commercial or public buildings and at a street, or community level in housing developments.

Water re-use systems are beginning to be adopted more in London, especially in commercial buildings, underpinned by the London Plan and GLA SuDS guidance. They are helping to secure top BREEAM sustainability ratings.

It’s time to strengthen regulations throughout the UK to incentivise or even mandate water recycling schemes. Leading industry groups have proposed a minimum standard of water efficiency of 100L per person per day on new build, alongside measures to expand the scope of the Future Homes Standard, as part of a current Building Regulations review.

Mandatory Property Level Resilience Certificates, based on the BRE Home Quality Mark, have also been proposed. Meanwhile, water companies must look at rebating householders and businesses for reducing or completely disconnecting their rainwater discharge to the sewer.

If the battle for climate resilience is to be won, and expected future water shortages are to be avoided, then rainwater re-use systems are a key weapon in the adaptation battle.

Enabled by new technologies, they must reclaim their rightful place as a design priority for surface water management.”