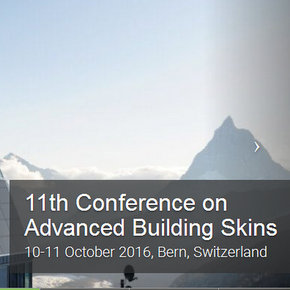 I’m in Bern, Switzerland attending a major two day conference on ‘Advanced Building Skins’ that brings together over 600 delegates, including architects and engineers from around the world, to ‘dialogue’ about how to reduce the environmental impact of buildings plus be inspired by the latest developments in building design.

Buildingtalk has been promoting this event, now in its 11th year. We will have a full conference report next week but here are some impressions and images from today. 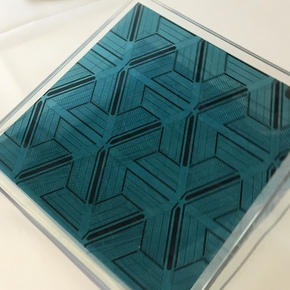 BIPV now come as hidden or displayed solutions in any colour or motif.

There was quite an emphasis on how the next generation of building-integrated photovoltaics (BIPV) are being used to replace conventional building materials in parts of the building envelope such as the roof, skylights, or facades. This is fundamentally different to just adding basic solar panels to buildings.

Architects can now include an array of solutions that combine aesthetics with functionality. BIPV now come as hidden or displayed solutions in any colour or motif, even simulating wood or granite, and providing beautiful practical facades that generate substantial power. This not only provides a long term investment but encourages architects around the world to use BIPV. As Jeremy Rifkin said last year, ‘The pillars of the Third Industrial Revolution are shifting to renewable energy, transforming the building stock of every continent into green micro-power plants to collect renewable energies on-site’. 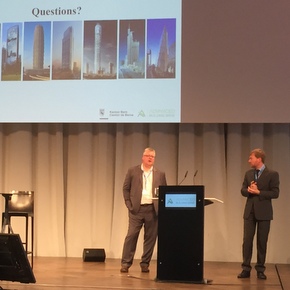 There were many inspirational talks including Paolo Zilli from Zaha Hadid Architects in London, talking in details about the spectacular Generali Tower in Milan including key aspects of the unique façade design. The naturally ventilated double skin façade uses standard façade technology: the inner skin is a simple double glazed cell with standardized dimension providing the thermal, air and water tight; the outer skin comprises of a bespoke single glazed unitised aluminium curtain walling system is cold bent.

He was followed by Will Laufs from Laufs Engineering Design (LED) talking about the impact of advances in BIM and 3D printing that means that architecture can move away from boxes and explore the free form structures favoured by nature using complex geometry to create spectacular buildings. After more than 100 years we are now catching-up with Gaudi. When IBM put his geometric calculations into Catia

In the steps of Gaudí

We are now more able to follow in the steps of Antoni Gaudí. I was at the launch of the use of CATIA V5 from IBM and Dassault Systèmes in 2004 that was being used to help accelerate the construction of Sagrada Familia Cathedral in Barcelona. The powerful architectural design package was used to solve the ‘Gaudí mystery’ of complex geometry that mimicked nature. Using CATIA V5 is helping overcome obstacles such as the challenge of ‘linking’ the software to the tools used to prepare granite from a local quarry. This same kind of software is also used by Frank Gehry, perhaps the world’s leading living modernist architects, famous for his curvaceous structures. Like Gaudí, Frank Gehry has left his mark on Spain with his famed Guggenheim Museum in Bilbao. The genius of the late Zaha Hadid was also facilitated by the use of 3D design technology and 3D printing to create ground-breaking forms.

Russell Gilchrist from Genslar spoke about climate responsive building design and passive solutions.  He detailed three major projects in China that he has been involved with including finding ways to deal with poor air quality.

In a late afternoon session, Rosalie Menon from the Mackintosh School of Architecture in Glasgow spoke about need to encourage architecture students to experiment with a wider range of environmental building materials to achieve high performance thermal envelopes whilst reducing their ecological footprint. She believes introducing students to simulation software at an early stage in their building design education encourages familiarity with such materials and encourages innovation and experimentation.

The conference finishes later today and we will have more details on Buildingtalk next week.