Blogs » Are wind & solar hybrid renewables key to all year power in UK? 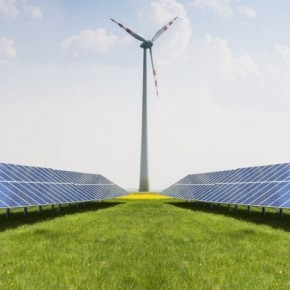 Are wind & solar hybrid renewables key to all year power in UK? 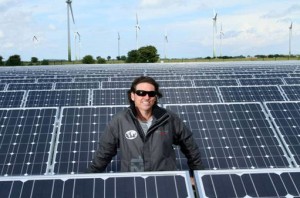 Ecotricity founder Dale Vince:  “Hybrid renewable energy parks are a great idea – the two power sources are complementary and what you get in combination is a more consistent energy supply; it may sound obvious, but when there’s less sun in the winter, there’s typically more wind, and vice versa in the summer months – so putting wind and sun together has a big impact”.

These three new sunparks will add 15 MW of solar capacity, which could generate enough greenenergy each year to power the equivalent of almost 3,000 typical homes.

Now a Swedish energy firm Vattenfall plan to start construction on its first UK solar project later this month with the build complete by the end of March.

Brad Allen, reporting via edie.net, outlined how Vattenfall will build a 4.99MW solar farm at the Parc Synog site in Camarthenshire, Wales, installing almost 19,000 solar panels alongside 11 wind turbines already on a site that they already own where the majority of the infrastructure is already in place, including the grid connection and access tracks.

The existing wind farm can power around 4,800 homes per annum, based on a UK average consumption, while the new solar farm is expected to produce enough electricity to power up to 1,441 homes a year during its 30-year lifespan.