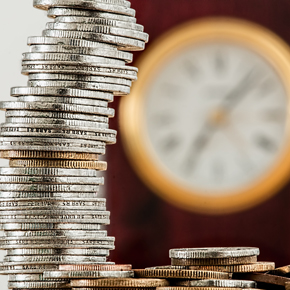 Max Banner, Buildingtalk Online Editor, analyses what the upcoming Autumn Budget could mean for the construction industry, with a look at housing, large scale infrastructure projects and small to medium sized enterprises.

This will be the first Autumn Budget, replacing the existing Autumn Statement, and there is plenty to be looking out for in terms of construction and the built environment. As all eyes will be drawn to Phillip Hammond’s Red Box on Wednesday November 22nd, here’s a brief round-up of what could be expected from the Chancellor.

Housing will no doubt be hot on the agenda; an interesting article in November’s edition of ABC&D magazine from Steve Collins, chief executive of Rentplus, talks about Mr Hammond rejecting Communities Secretary Sajid Javid’s proposal for the Government to underwrite the speedy expansion of affordable rent-to-buy.

Mr Collins calls for a more innovative approach for new tenure types, such as the aforementioned affordable rent-to-buy, claiming that there is up to £40bn of private funding available that could be unlocked by the stroke of a pen, eliminating the need for further borrowing.

It is believed that the two cabinet ministers have discussed this topic and whilst Mr Hammond has rejected Mr Javid’s plea for borrowing; a compromise could possibly have been agreed which involves some new money, as well as reforms to planning rules and measures to increase capacity in the construction industry.

Large scale infrastructure projects will also be under the microscope; Brendan Sharkey, head of construction and real estate at top 20 accountancy firm MHA MacIntyre Hudson, has called for more support behind high profile projects such as HS2, the new runway at Heathrow and Crossrail 2 to address the apparent lack of confidence in the construction sector following the Brexit vote, citing the Budget as an opportunity to tackle this.

However, it may not be easy as this. Progress with the third Heathrow runaway is stalling, with the Department for Transport having embarked on yet another round of consultation on the plans. A parliamentary vote is required before the project can begin and this is not expected until some point in the middle of next year.

And although Crossrail 2 and HS2 are well under way, there are still many people who are vehemently opposed to the latter, so this may not be plain sailing either.

With regards to small to medium sized enterprises, two leading engineering services trade bodies, the ECA and the BESA, have outlined measures they believe need to be considered next Wednesday, including taking steps to encourage a improvements in electrical and heat storage development and use, driving rogue traders out of the construction industry and ensuring trade associations play an crucial part in the ongoing development of sector deals.

Plenty of anticipation and plenty of speculation; I guess we will have to wait for the day itself and see then.