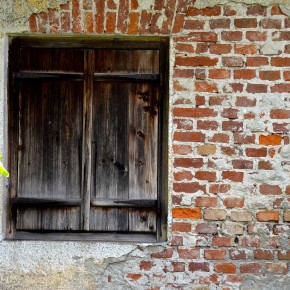 Recent research has revealed just how extreme the disrepair of UK homes is, with the average homeowner confessing that their property would require an estimated spend of £24,200 in order to be considered in good, working order.

The poll of 2,581 respondents, all of whom were British homeowners who had lived in their property for at least 5 years and also housed a child in the property, was conducted by the team at trade comparison site, www.myjobquote.co.uk.

They found that over half of homes in the UK (51%) feature ‘potentially dangerous risks’. Faulty electrics and outdated plumbing systems were the most common problems, featuring in 24% and 16% of homes respectively, and only one in ten respondents said that they had ‘no repair requirements at all’ (11%).

Homeowners are suffering for the state of their houses too, as 29% admitted that they had tripped or fallen over due to the repairs needed, 24% had experienced items such as shelving or furniture falling on them and 17% had sustained an electric shock; while a further 7% had actually fallen through floorboards.

Although Britons are clearly struggling in their homes, when asked why they don’t get these problems fixed, three in four (74%) stated that they just can’t afford the cost of the repairs, and therefore continue to live at risk in their own homes. A further 18%, however, confessed that they are simply waiting for someone else in the household to sort it out.

Lisa Evans, from www.myjobquote.co.uk, commented: “This is a really serious matter. Our houses are a huge cost to us, but it seems many of us forget that the expenses don’t end after that month’s mortgage payment.

“Maintaining a home is a big responsibility and commitment, and one which it seems the majority of us just cannot afford. It can be very difficult to make ends meet when raising a family, but keeping a safe roof over your head has to be treated as a priority.

“Faulty wiring and dodgy plumbing can be life threatening, so it’s essential that British homes are maintained to a safe standard.”