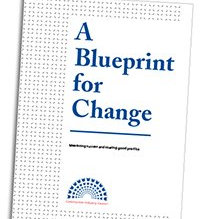 A Blueprint for Change

There are signs the gender and ethnic mix of people working in the construction industry professions is improving but overall more people are retiring than are joining the industry, according to the latest diversity data from Construction Industry Council (CIC) published last week in its report A Blueprint for Change.

With total coverage of over 207,000 industry professionals, the benchmarking report looks at industry’s progress since the first CIC Diversity Panel report was published in 2009, ahead of the introduction of the 2010 Equality Act.

Though the report is a snapshot of a particular section of the construction community, it does indicate progress is being made, particularly among new entrants to the industry with the number of women under 25 coming into the industry rose to 22%.

Ethnic mix of the construction professions is also improving with 11.3% of those disclosing ethnicity were Black, Asian, and Minority Ethnic (BAME) and in 2005 ethnic minorities only constituted approximately 3%.

Other interesting details in the report includes that more people are due to retire than are joining the industry at a young age and less than 5% of the industry declare disability.

A Blueprint for Change features 11 case studies which demonstrate support for good industry practice that are making a difference, including:

Also featured are company and corporate strategies including:

Let us know if your company or organisation is contributing to improvements in greater gender and ethnicity involvement in the building industry.

One comment on “Blueprint for Change: more women coming into construction jobs”