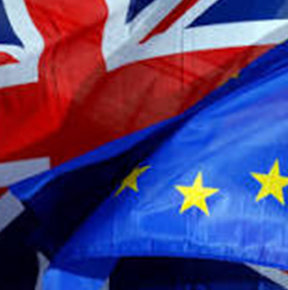 Howard Chapman, Buildingtalk Editor reviews the good news about the Markit/CIPS construction and manufacturing sector PMI gains August plus a 20 year record rise in the service sector PMI. To complete a good week,  a £3 billion housing scheme is to be announced by the UK Government. 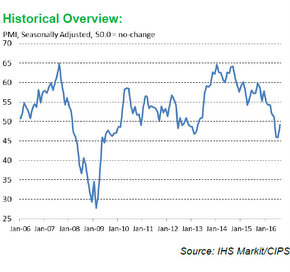 The Markit/CIPS construction sector purchasing managers´ index for August rose from 45.9 to 49.2, better than the predicted improvement to 46.2. This was welcome news following the July reading for the Markit UK construction PMI that was the lowest in 7 years. Though business activity fell marginally, employment was up, and confidence is growing about the post-Brexit economic outlook – at least in the short term.

Tim Moore, senior economist at IHS Markit: “Despite another month of reduced output, the latest figures can be viewed as welcome news overall after a challenging summer for the construction sector. The move towards stabilisation chimes with the more upbeat UK manufacturing PMI data for August, and provides hope that the near-term fallout from Brexit uncertainty will prove less severe than feared”. 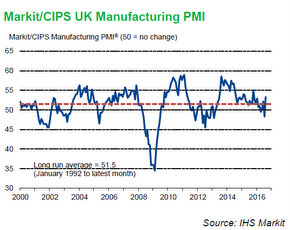 On the manufacturing front, production and new orders show evidence of a post solid rebound after initial post Brexit concerns. The Markit/CIPS PMI recovered sharply from the 41-month low of 48.3 posted in July following the EU referendum result. Weaker sterling has, as expected, offered good opportunities to exporters and employment was up for the first time in the year-to-date.

David Noble, Group Chief Executive Officer at CIPS: “The Brexit brakes are off, as the sector surged ahead with the PMI hitting a 10 month high reflecting rapid expansions in both activity and new orders” 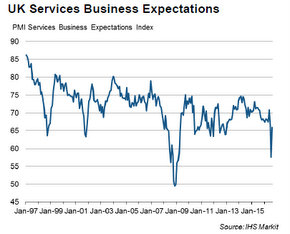 There was also a big services sector PMI rise to 52.9 in August after the slump to 47.4 for July following the vote to leave the EU. This was the biggest month-to-month rise in 20 years and the strongest signal yet that the economy will avoid the predicted post-referendum recession.

The Sunday Telegraph reported yesterday that the UK government is set to announce a £3 billion house building fund to provide developers with cheap loans to boost the sector following the vote to leave the European Union.