Blogs » Brexit? …should we stay or should we go? 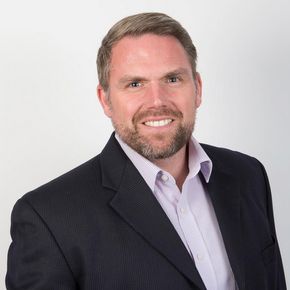 Brexit? …should we stay or should we go?

The countdown to the European Union Referendum has begun and, judging by the leaflets which landed on our doormats last month, the gloves are off as far as the Government is concerned.

So what would benefit our country and our industry the most when it comes to the EU? There’s no question that a Brexit would have a considerable impact but whether that would be for good or for bad is still up for debate at this point…

By withdrawing we are clearly setting a precedent and so part of the problem is that when we talk about what might happen, that is exactly it. What ‘might’ happen. It’s pure conjecture until we have passed the deadline and, if it comes to it, we do actually leave.

So how risk averse are we and would we be prepared to gamble when there is no certainty? (The Government is using incendiary prose but it is all conjecture).

Our industry will, most likely, be affected by two main factors if we leave: immigration (and related labour issues) and trade.

The construction industry, at large, currently relies heavily on foreign workers to provide both skilled and unskilled labour. As the EU makes movement between the inhabitants of member states pretty easy, our industry has benefited from ready access to a pool of willing workers. If foreign workers find emigration to the UK much more difficult, we will likely find our sources of skilled and unskilled labour fast depleted.

Then there’s the issue of doing business and forging links. The EU’s primary focus and reason for being is to break down barriers between its member states and make it easier for us all to do business with each other. It is a trading union. That is its purpose.

Some might argue that the contradiction, along with the major debate, lies in the latter issue. Does the EU do what it says on the tin when it comes to breaking down barriers and making it easier for us all to do business? Could we, in fact, do perfectly well without it and the constrictions being a part of it imposes?

With President Obama wading in recently, citing the EU as an institution ‘created from the ashes of war’ and comparing it to the United Nations and Nato, the Government has its big guns at the ready. What is clear, though, is that we have to see beyond the rhetoric before we mark our ballot papers on June 23.

As an industry, we need to consider the debate rationally, and not with emotion, giving full consideration to all potential outcomes and determining the risk factors. With great power comes great responsibility and this vote places the power firmly in our hands.