Blogs » Brighton’s British Airways i360 opens to the public 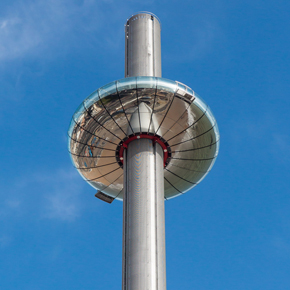 Brighton’s British Airways i360 opens to the public

Last Thursday I visited the 162-meter (531-foot) British Airways i360 vertical pier, rising alongside of the ashes of the ill-fated West Pier built exactly 150 years ago and virtually destroyed by fire in 2003. 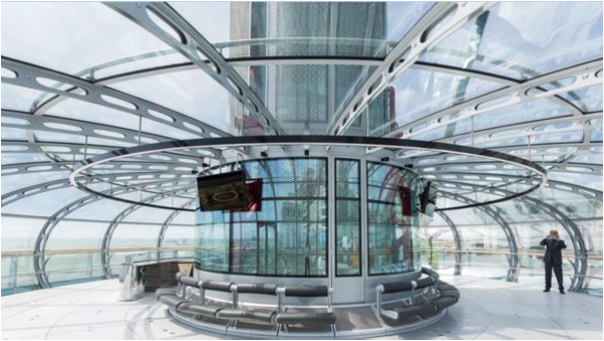 The British Airways i360 is the world’s tallest moving observation tower and also its slimmest, with a Guinness World Record breaking diameter of 3.9 meters (12.8 feet) and a height-to-width ratio of over 40:1.

The tower is accessible through a glass-and-steel pod, which slowly rises to a height of 138 meters (453 feet), providing 360-degree, 26 mile views out to sea and over Brighton’s Piers, Royal Pavilion, Regency squares and across to the South Downs. 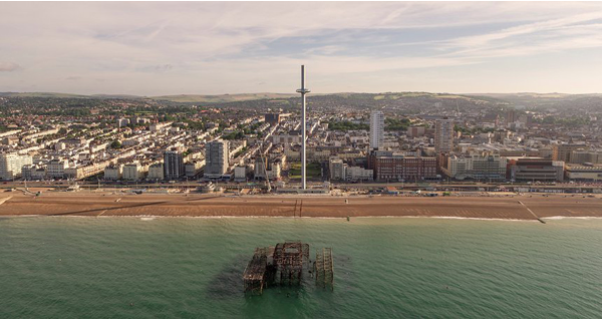 A drone image of the British Airways i360 on the Brighton seafront. Source: Visual Air

Referred to as ‘the world’s first vertical cable car’, the observation tower was conceived and designed by Marks Barfield Architects, creators of the iconic London Eye.

The Brighton British Airways i360, created as a ‘21st century vertical pier’, was a complex challenge: from getting it financed, building the foundations on chalk bedrock and finding innovative ways of erecting the tower.

Brighton & Hove City Council loaned the i360 £36.2 million of the £42.2 million construction costs but will recover profits on interest of around £1 million a year and 1% of all ticket revenues in perpetuity.

The British Airways i360 will surely be a great success, following in the steps of the London Eye, one of the most popular and profitable tourist attractions in the UK. It will also be a catalyst for regenerating this scarred site overlooking one of Britain’s favourite seaside destinations.