Blogs » Britain at war with adverse weather, but who’s fighting the battle? 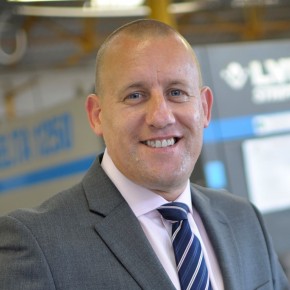 Britain at war with adverse weather, but who’s fighting the battle?

Climate change is our problem, everybody’s problem. The changing weather patterns are relentless reminders that our built environment and infrastructure are unable to cope with extreme storms and heavy rainfall. And it’s only getting worse. There will be more rain, more flash flooding and more extreme weather.

Already in June the UK has gone from widespread damage from falling trees and multi-car ‘pile-ups’ as a result of high winds, with people forced to evacuate their homes due to localised flooding, to record heat waves. We can no longer turn a blind eye to climate change.

The opportunity to make SuDS mandatory under the Flood and Water Management Act 2010 were side lined by the government after a lengthy review of planning policy prompted by new, ambitious targets for housebuilding. SuDS introduction was seen as a potential time-consuming expense that would only delay and overburden the programme. So SuDS were effectively put on hold. But the problem remains. An all-party parliamentary report examining serious climate change threats to the UK, recognised water as one of the biggest – but we’re yet to see any action.

The risk of damage and destruction from floods is significant because Britain — the government, industry, construction and public — is unprepared. It’s time to look at how we manage water in the built environment, and the solutions we need to improve flood resilience and resistance. We need new standards, regulations and testing methods that encourage innovative water management solutions and ensure products and drainage schemes align to the worst-case scenarios of both climate change models and the demands placed on the urban environment by a growing population. And we need government to ensure new standards are robust and stringent so they drive change in specifications and can be made to stick.

Surface water drainage, for example, is a critical component in the process of controlling rainwater run-off. Installing wider and deeper channels will play an important role in containing and holding flows but we need to ensure these systems optimise installed performance, retaining their ‘as-designed’ drainage characteristics for as long as possible.

Real innovations in surface water drainage are rare, as they are in most product sectors. Development work creates small incremental tweaks that make existing technology a little easier to install, perform a little better, or last a little longer. In contrast, true innovations are dynamic: changes in materials for example, which deliver significant benefits to specifiers, contractors and installers.

Using grated concrete channel drainage as an example, first-generation concrete is strong when securely embedded in a concrete surround. However, it’s prone to damage in transit from knocks and drops. It’s heavy to install, and easily damaged during installation. In use, the bond with the surrounding concrete often weakens under load, allowing water to penetrate the joint which eventually breaks down as the effects of frost/thaw weather cycles take their toll. What should be an out-of-sight, out-of-mind, fit-and-forget product is often the opposite.

The next generation concrete channel drainage is based on High Performance Concrete (HPC). It’s a revolutionary material that is transforming surface water drainage. Originally developed for large-scale civil engineering projects, its use as a material for conventional products was extremely limited. However a recent manufacturing breakthrough has created a new generation of HPCs being used to revolutionise channel drainage.

HPC is a remarkable material that is significantly improving the robustness, durability and longevity of surface water channel drainage. Its performance is more consistent and stable in-situ, ensuring more effective and secure water-tightness. The result is lower operational and lifetime costs, and greater confidence in the long-term performance of the product, an important consideration when the climate is changing.