Howard Chapman, Buildingtalk Editor, recommends watching tonight’s C4 documentary that will challenge the UK’s house-building industry and explain why radical reform is the only solution to the housing crisis.

Why are too few houses are being built? 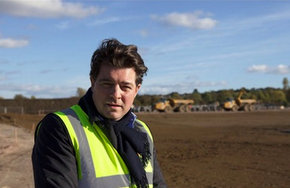 Watch ‘Britain’s Homebuilding Scandal’ on Channel 4 to find out why too few houses are being built in the UK.

Big house-builders are a powerful lobby

Back in the 1980s, the last time the UK built 250,000 houses in a year, small and medium-sized builders built more than two thirds of new builds but they now build less than quarter of new homes.

Since the 1960’s, UK housebuilding has fallen short of the 250k new homes needed each year to meet the natural growth of population and changes in household formation.

During the Thatcher years, fewer council houses were built, and house building has been in serious decline ever since, falling under every prime minister from John Major onwards, to just 133k new homes built across the UK in 2013, the lowest peacetime total since the 1926 general strike. The latest data shows annual house building on the rise at least. But at 152k, it is still very low by historic standards and way short of the demand for homes.

Housing minister Gavin Barwell says the Government is committed to finding ways to boost self build homes to more than 20,000 a year. However doubling the number of self-builds will not the meet the need.

Sajid Javid, MP for Bromsgrove (the home of Buildingtalk) and Secretary of State for Communities & Local Government, has pledged to break the housebuilding logjam.

He says: “Our housing shortage is a very, very serious problem. The big developers must release their stranglehold on supply. It’s time to stop sitting on land banks and stop delaying build-out”.

On tonight’s C4 programme, Professor Paul Cheshire, a housing expert at the London School of Economics and adviser to successive governments, explains why there is no chance of the Government achieving its target unless there is radical reform. 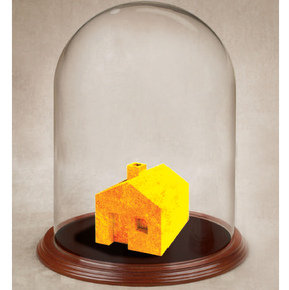 Professor Paul Cheshire, a housing expert at the London School of Economics: “Turning houses into gold: the failure of British planning”

Paul explains that in the past 20 years, Britain has built around 2.3m too few homes.

He wrote in 2014 about “Turning houses into gold: the failure of British planning” explaining why Britain’s crisis of housing affordability is nothing to do with foreign speculators but the result of decades of planning policies that constrain the supply of houses and land and turn them into something like gold.

The C4 documentary challenges UK’s house-building industry and explain why radical reforms are the only solution to the housing crisis – watch it via this link.