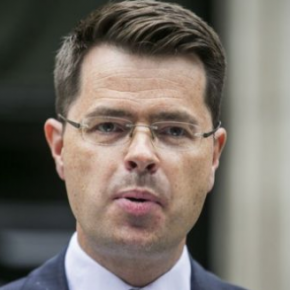 Buildingtalk Online Editor Max Banner has taken a look at a trio of stories involving the building industry, including reaction to James Brokenshire becoming Housing Secretary, plus fire safety expects demanding action from the government over building safety and six reasons why timber frame is surging in the UK.

This clearly said a lot about the government’s desire to fight the housing crisis. Many believe there is a sense that little has been achieved under Javid.

Brokenshire also has to deal with the aftermath of the Grenfell Tower tragedy, over which the government faces intense pressure to rehouse those affected and sort out the wider problem of flammable cladding on other high-rise blocks.

What does this reshuffle mean for housing policy? It means Theresa May has an ally overseeing this crucial policy area (Sajid Javid isn’t particularly renowned for his quiet loyalty to the PM).

Javid has also been known to push May to back radical ideas to get housebuilding going. Had he been serving under a Prime Minister who was less cautious, he would have implemented a greater relaxation of planning laws, whilst giving councils increased borrowing powers to build more homes.

What could a housing secretary who closely supports the PM mean for the housing industry?

Johnny Caddick, Managing Director of Moda – a developer and operator of build to rent housing with a £2 billon pipeline across the country, said: “The housing crisis is not going to solve itself, it will take strong leadership from the Government and a consistent approach to oversee the changes needed to build a home for everyone.

“The lack of ministerial continuity should worry the entire sector, so we hope that James Brokenshire can buck the trend of past ministers and provide stability to the government’s housing approach and see through the much needed reforms.

“Sajid Javid oversaw the biggest policy shift towards the rental sector we have ever seen. James Brokenshire must also focus on making renting aspirational, and Moda is delighted to support that effort with a promise of family friendly tenancies, quality homes and a level of management and service that people deserve.”

The House Builders Association (HBA) – the house building division of the National Federation of Builders (NFB) – has congratulated Mr Brokenshire on his appointment and looks forward to working with him to promote the importance of SME house builders.

Richard Beresford, chief executive of the NFB, said: “SMEs have a crucial role in building communities and place-making across all regions of the UK. SMEs have a unique understanding of their local communities and smaller development face less opposition.

“Carillion has, hopefully, taught us not to put too much faith in the market’s larger players delivering on public aspirations. A more diverse market that encourages SME participation is key to fixing the housing crisis.”

A letter to the Prime Minister from leading fire safety experts has urged the government to introduced three important regulatory changes. that will significantly improve fire safety for high-rise and high-risk buildings, such as schools, hospitals and care homes, with immediate effect.

For these types of buildings, the fire safety experts urge the government to require immediately that:

Featuring amongst the signatories are architect George Clarke and Jane Duncan, Chair of the RIBA Expert Advisory Group on Fire Safety and former President of the RIBA.

The signatories respect the fact official reviews are ongoing, but ten months on from the Grenfell tragedy, Britain is no closer to a safer system of fire safety regulation.

These steps would dramatically lower the risk still facing many buildings nationwide, reassuring the many families and individuals living and working in high risk buildings across the country.

George Clarke commented: “The rules for how we build safe homes, offices, schools and hospitals have for many years been far too open to interpretation. This has led to poor design decisions that have compromised fire safety and put lives at risk.

“What we are arguing for could be implemented tomorrow, would be extremely effective in making buildings safer, and help prevent a tragedy such as Grenfell ever happening again.”

Six reasons why timber frame is surging in the UK

The current market share for timber frame is at 28%, with a 5% rise expected between now and 2020. Södra Wood Ltd managing director Simon Henry points to six factors behind the trend.

1. Sustainability – potential waiting to be unlocked

Sustainability is not the main driving force behind the increased uptake of timber-frame construction in the UK, although perhaps it should be. The focus in construction sustainability at present is on the impact of the building when it is in use. With its energy-efficient credentials, timber frame has a strong advantage in this respect, but where it also scores, and with considerably more positive impact, is the reduced carbon footprint and materials sustainability of the build itself when timber-frame is used. With the potential growing awareness of sustainability in building regulations, this is likely to add weight to the timber-frame argument.

Speed of construction is another motivation to build with timber frame. There is still a perception that timber frame is more expensive than brick and block. However, factors such as speed of construction and reduced foundation requirement bring down the overall cost, as builders are discovering. This aspect also means far less disruption in the local community if the build is in a built-up area, and easier delivery of materials if the site is isolated.

It is easier to produce a higher-specification house with timber frame – to create thicker, better insulated walls for example or even a passive house. Wider use of I joists with their strength and stability is, while not new, another aspect which has increased the benefit of timber in construction (Södra Wood Ltd has an exclusive arrangement with Masonite for the supply of I joists). Timber also offers more flexibility for new-build home buyers to specify details such as room sizes and layout, rather than just carpets and fittings.

While the structure of timber-frame houses might look very similar to 40 years ago, there has been real innovation in terms of the final building’s comfort and efficiency, including insulation, vapour barriers and draft control. The package delivered to the building site has evolved significantly. Hybrid solutions of timber and metal – metal web – are also on the rise, offering office developers, for example, the opportunity to incorporate timber where wide span, cable/pipe-accessible floors are required.

Timber frame is ideal for traditional family homes but timber frame and composites such as CLT have really caught the imagination for specific sectors such as social housing, key-worker/student accommodation and roof-top extensions. Social housing providers are attracted by reduced post-construction snagging and lower running costs for residents in terms of energy.

For key-worker and student accommodation, the possibilities with volumetric or modular construction are the big draw. Timber-frame/CLT construction, for example, allows the completion of individual modules in the factory, which can then be stacked together on site with remarkable speed to create high-quality, efficient accommodation.

Where space is at a premium, developers can create greater space within a building’s existing footprint by building on the roof. Timber frame is perfect for this because of its significantly lighter weight than brick and block.

6. The shortage of on-site building skills

Builders struggle to recruit some of the traditional trades to building sites owing to a shortage of skills. This means the ability to assemble much of a house’s structure off-site is an attractive benefit of timber-frame housing, as is the quality control which goes with increasingly systemised, automated off-site solutions.