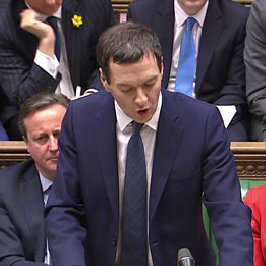 Well, George Osborne hasn’t long sat down after delivering his 8th Budget. The most notable thing was the absence of of any surprise. George normally pulls a little rabbit out of the dispach box to keep us all amused and provide a headline – but not this year.

From an industry perspective, the fuel duty freeze was welcome, as were the cuts in corporation tax and the increase in small business tax relief which will exempt thousands of firms.

The Northern Powerhouse got top billing – not suprising as it forms part of his pitch for David Cameron’s job. But significant spending on infrastructure including railways and roads will boost construction opportunities. Additional flood defence spending is also welcome.

The Chancellor’s speech was 9,223 words long and the ‘Next generation’ was a key theme and a phrase used 18 times.

The quick summary below gives you the highlights – and are followed by the first industry reactions. I will add more as I get them or you can post your comments below.

AA president Edmund King: “We are delighted that the Chancellor has resisted the temptation to increase fuel duty, which will bring relief at the pumps for millions of motorists.”

RAC chief engineer David Bizley: “Motorists will be relieved that the Chancellor has not used low fuel prices as an opportunity to raise duty on petrol and diesel to help reduce the deficit.”

James Hookham, Freight Transport Association, Managing Director of Policy and Communications: “A further freeze of duties is welcome but the Chancellor missed a chance to give a boost to the stuttering economy by reducing the tax on an essential business input. Reducing road fuel duty would ease cost pressure on businesses operating commercial vehicles and stimulate economic growth”.

Patricia Moore, UK head of infrastructure for Turner & Townsend: “Future spending on transport projects such as HS3, a new tunnel between Manchester and Sheffield, and upgrades to the M62 and main A66 and A69 roads, will all help stimulate and reinvigorate the economy in the North providing a much-needed boost to jobs and trade.This budget is a clear sign that George Osborne means business for the Northern Powerhouse”.

Alex Hirom, Construction and Engineering Partner at Bond Dickinson LLP said: “This is a good budget for the UK construction sector as the Treasury announces further initiatives to free up land for housebuilding; an increase funding for flood defences through an insurance levy; and a number of major projects including Crossrail 2 in London and Northern Powerhouse projects including HS3.  The sector will welcome the Government’s support for a pipeline of projects stretching into the 2020s.”

Brian Berry, Chief Executive of the FMB: “The Government has set itself a target of a million new homes by 2020. Official statistics show that annual housing completions in England totalled just over 140,000 in 2015, a long way short of the 200,000 homes. Government is working on a number of fronts to speed up the planning process and intervene to support first time buyers, and some of the measures in today’s Budget are welcome. Yet these announcements are limited – we cannot afford to lose momentum in the battle to beat the housing crisis.”

Iain McIlwee, Chief Executive, British Woodworking Federation: “We are also sceptical about the Government’s commitment to deliver 400,000 affordable housing starts. It sounds positive, but in reality it is less of a commitment than a vague hope.  We need a steady flow of affordable housing onto the market and realistically this needs to be driven by direct government investment.  A final concern is not just the absence but the derision with which the Chancellor is treating environmental issues. This fundamentally undermines his assertion this is a Budget that puts the next generation first. This may yet be the legacy for which he is really remembered.”

Laura Smith, CBI Head of Construction and Manufacturing, said: “The Government’s announcements on opening up the planning system and fast tracking the release of public sector land demonstrates its focus on housing. However, a vibrant and healthy housing market requires a mix of tenures. The decision to apply higher Stamp Duty to larger investors will damage the UK’s emerging Build to Rent sector and risks undermining progress on building enough new homes.”

And the final word to Jeremy Corbyn, Labour leader: “It’s a recovery built on sand on a Budget of failure”.