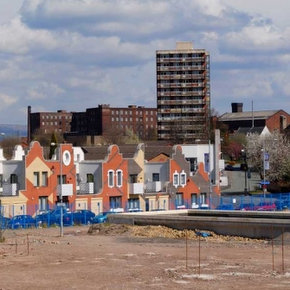 Building homes on brownfield sites is quicker than on greenfield land

Howard Chapman, Buildingtalk Editor. It’s quicker to build on previously used land and we could build a million homes on these brownfield sites. So why do big developers focus on getting access to greenfield and greenbelt land?

A new report by construction analysts Glenigan show that housing developments of all sizes are finished more quickly when built on the previously used land.

Campaign to Protect Rural England (CPRE) research shows that brownfield sites can be developed six months faster than greenfield sites and prioritising investment in brownfield sites is a highly effective way of building the homes the UK needs, with a previous study by the organisation suggesting enough land existed to build a million homes. 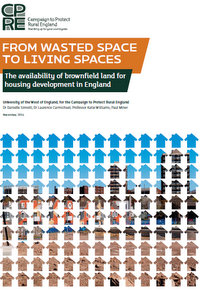 Research in 2014 conducted for CPRE by the University of the West of England (UWE), From wasted space to living spaces , concludes that a minimum of 976,000 new homes could be built on identified brownfield sites.

However, though the Government has pledged to invest more than £2 billion in regenerating brownfield land, there is a fear that they still keen to build more on greenfield and even green belt land.

Changes to planning policy will make it easier to to do this.

Perhaps the big housing developers want access to greenfield sites as it is an easier route for them to build a few profitable developments on land they have already secured at a cheap price? It also helps them control the market for new homes – and ensure ever increasing prices and profits.

The recent YMCA Y-Cube affordable housing project featured on Buildingtalk shows how this can mean building homes for as little as £50k even in London. Why not build affordable housing on brownfield sites now and help solve the housing crisis – and save the Greenbelt too!