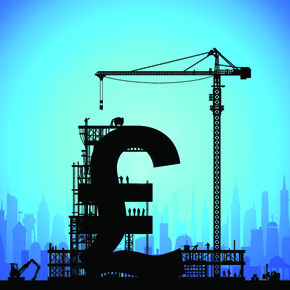 Business rates – A disincentive to build and a break on recovery

Richard Wackett of Montagu Evans considers how the upcoming Rating Revaluation 2017 and increasing business rates will affect the construction industry.

The post-Brexit drive for business growth, manufacturing and home grown jobs in the UK will require a helping hand from Government in the years ahead. The fundamentals of a full recovery and vibrant employment sector will be the development of skills and the provision of a modern built environment.

As the UK’s infrastructure ages the availability of high quality ‘Grade A’ space has dwindled. Developers are wary of speculative development, without a pre-let tenant, and the impact of additional property taxes incurred on empty space, in particular business rates.

Following the recession of late 2008 there has been a clear fall in speculative development activity across the regions and a short fall in much needed Grade A developments, both commercial and industrial, particularly in the Midlands and north of England.

Against a backdrop of falling demand, low levels of new build and a lack of investor/occupier confidence the Labour Government of Gordon Brown implemented one of the most retrograde steps for the commercial and industrial building sectors since the 1970s through the imposition of a 100% rate levy for owners of unused commercial and industrial buildings. The policy has never been reversed and now blights the future of the regions.

Business rates have traditionally been a charge on the use and occupation of commercial buildings. Since April 2008 they have been a tax on the asset, empty or occupied. The policy was, to many, a laughable attempt to ‘persuade’ landlords to offer ‘realistic’ rents to potential occupiers.

The actual result has been to dissuade developers from breaking into new markets without the absolute certainty of early occupation. In cities such as Leeds, Newcastle, Manchester and Birmingham the sudden oversupply caused by the market crash of late 2008 became a gross shortage by 2012 as the economic climate recovered.

There has been a profound slowing of new builds with the added disincentive of additional tax for those who decide to build speculatively. Encouragement to develop has been limited (for clear political reasons) to the residential sector, now more likely to develop ‘brown field’ sites because of the drive for housing.

The imposition of a continuous tax on property assets is has been compounded by the ‘rates retention’ policy of the Cameron Government under the ‘localism’ banner.

Local authorities now retain 50% of any new rate income (since 2013) and the additional motivation of councils to spot and deliver rate liabilities confirms to developers that building work that gets within 3 months of completion will attract business rates under the Completion Notice rules.

A failure to challenge the billing authorities notice will lead to an assessment as complete and ready for use even for ‘shell and core’. The gap between completion and occupation hold serious and expensive consequences for commercial developers and the whole construction sector.