Blogs » Can some imported slates be a sustainable option for UK specifiers? 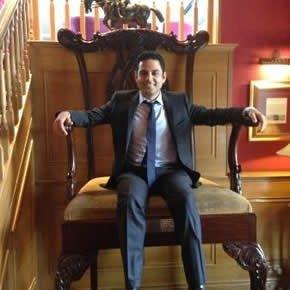 Can some imported slates be a sustainable option for UK specifiers?

For many specifiers, buying ‘close to home’ is simply the norm, with materials sourced from within the UK judged to be more familiar, and perceived to be more reliable, than those sourced from overseas. The reality however, can be somewhat different  – and this is particularly true of the imported slate market, where materials brought in are technically sound, whilst also being substantially cheaper than their indigenous equivalents.

With these considerations in mind, Haroun El-Helw, Head of Marketing at SSQ Slate, examines the benefits that some imported slate can offer and argues it is an option that should be included in a specifier’s portfolio. 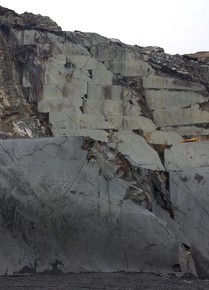 When sourcing roof slates, there are two things that need to be considered straight away – does the product offer value for money and is it good quality? When it comes to cost, indigenous materials can be more expensive, sometimes twice as much, compared to a product of equivalent quality from overseas. The reason for this is simple slate economics. The level of indigenous slate available is more limited than ever before, compared to slate sourced from outside the UK, where supply remains in abundance. What’s more, the cost of extracting slate per tonne sourced within the UK is significantly higher and continues to increase year on year.

The truth is, cost is the only factor separating two geologically similar products and has nothing to do with the appearance or performance of the slate itself. In fact, planners will often approve imported materials that can match the appearance of an existing roof, regardless of whether the slate already laid is indigenous or not, due to the fact it is cheaper, yet offers a similar aesthetic and level of quality.

The UK slate market has for many years relied on Welsh quarries for its roofing slate. However, excessive use of these quarries over the last few decades has seen many of these close, being unable to keep up with the demand due to an ever-decreasing availability of the product.

As a result, there is now a search for slate that can mimic the look of Welsh but come at a fraction of the cost. With quarries in Spain and Argentina, SSQ’s slate greatly resembles Welsh slate in colour and aesthetics – in fact, ‘Riverstone’, an Argentinian slate, with its distinctive appearance and design, has grabbed the attention of both English Heritage and Historic Scotland, who have gone on to use it as an alternative to indigenous slate on grade II listed buildings.

SSQ’s ‘Domiz’ slate is another frequently chosen alternative option. With its rich blue-grey overtones, Domiz – which is found in the Cabrera mountains in north-west Spain – has a strikingly similar appearance to that of the generally unavailable slate found in the now Ffestiniog quarry in north Wales and is increasingly becoming the slate of choice for UK specifiers.

Of course, at the forefront of any specification should be an attention to the performance of the materials. SSQ slate, for example, is tested in line with the NF 228 standard – the world’s leading testing procedure, ensuring that not only does the specifier achieve a competitively priced product, but can also be assured of the highest possible performance on the roof in the long run. 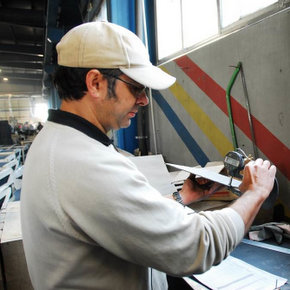 Renowned as the ‘Michelin star’ of the slate world, the NF 228 standard, unlike the CE standard, has a testing methodology that is not only performed at the source but also at random intervals during extraction too. Also, unlike the CE test, the NF standard traces the slate back to its exact source, so there is no doubt on the origin of the material purchased.

Argentina and Spain are renowned for producing some of the best slate in the world. The La Cabrera region of Spain produces a lot of the NF certified slate found on the slate market – SSQ find it so reliable that it has been granted a 75 to 100 year guarantee on these slates.

From a geographical standpoint, Argentinian slate offers some of the best grades of rock. Testing of SSQ’s Riverstone slate, which is sourced in Argentina, has shown a water absorption rate of 0.1%, the lowest absorption rate known in the slate world. Due to the substantial rainfall in the UK, this statistic is probably more vital than at first glance – if the slate is too porous, it allows for water to enter and rest within it. In the colder months, this water will freeze and then thaw which weakens the slate – potentially leading to cracks and eventual disintegration.

As natural slate specialists, our goal at SSQ is to provide the market with affordable slate solutions so that instead of users of slate being put off by high prices and going down the artificial route, viable and immediately available alternatives are available at reasonable prices.

Considering slate’s long and proven place in building and architecture, it’s fair to say that the UK aesthetic is much better when more of its landscape is clad in natural slate – indigenous or otherwise.