Blogs » Can the Bonfield review re-energise the efficiency agenda in UK housing? 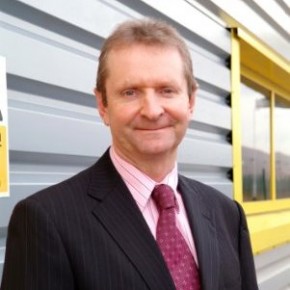 Can the Bonfield review re-energise the efficiency agenda in UK housing?

Peter Bonfield is what you might describe as a “mover and shaker” in the construction industry. A materials engineer who rose through the ranks of the BRE, he created its Innovation Park in 2005, and looked after the ODA’s sustainable development strategy for London 2012, before becoming BRE chief executive in 2012. He is currently undertaking the crucial task of a Government-commissioned review of standards for energy efficiency of UK housing.

Why crucial? Well because you could be forgiven for thinking that, despite some signs of cross party consensus on maintaining the energy efficiency agenda pre-election, since May the Government has been steadily wiping the slate clean. Rather than continue with Zero Carbon Homes and Green Deal funding to try and leverage energy efficiency improvements, they are focusing on measures to help the housebuilding industry close the yawning gap between supply and demand.

So the signs that the centre is at least engaging a high calibre industry professional who bridges the worlds of government, science and construction delivery to do a proper review of where we might begin rebuilding the domestic energy efficiency framework is heartening. Bonfield says that his team is currently identifying problem areas, as well as pilot initiatives which can be started during the review to then feed into it before it reports back in April. His CV (which is as long as your arm), includes a similar review in 2013 which saw Bonfield leading a panel of business leaders to advise Government on the future of the UK’s woodlands and forestry industries, where he successfully employed the ‘live pilot’ idea.

His remit is not only independent, it’s in depth, looking at the existing and recently retired energy efficiency initiatives, and even more importantly it will be used to inform policy. The Government, both DECC and DCLG, has briefed him to focus on the consumer side of the debate around which standards and initiatives will work, which has been brought into relief due to widely reported and damaging Green Deal mis-selling and poor installation. He will also look at development of, and enforcement of standards, so it sounds like this whole initiative is about real-world deliverability not just fine words. Lets hope his sponsors listen to the outputs and we see some real change.

ECO delivered 97% of the home energy efficiency improvements in the last two years, which either suggests that it was a massively powerful system for mass refurbishment, or that the Green Deal was a massive failure. It is clear there appears little appetite in Whitehall for subsidy for the domestic energy efficiency market and Bonfield has been candid about the need for openness about what hasn’t worked well, as a critical part of looking at options going forward.

BRUFMA represents all of the major companies in the PIR and PUR insulation industry, and our code of conduct has managed to build a strong reputation for honesty and integrity in our industry. By actively looking at issues such as advice and service to consumers, the current review process chimes in with the values we have successfully promoted for many years.

At BRUFMA we also welcome the arrival of Peter Bonfield into the fray, who will bring a positive yet rigorous approach to coming up with new alternatives which solve the needs of both consumers and of industry.