Blogs » Changing the face of construction – solving the skills shortage 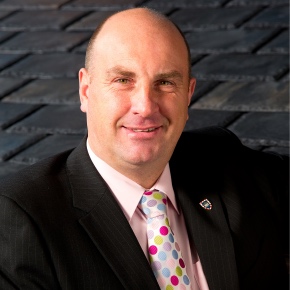 Changing the face of construction – solving the skills shortage

Andy Williamson, Managing Director of IKO UK Group, who spoke at the CIMCIG Leaders’ Debate on the skills shortage in May, says we should all take responsibility for improving the image of construction; let’s not look to someone else to solve the problem.

Last year’s Farmer Review was commissioned to look at the labour model in construction, and the skills and pressures that limit the development of housebuilding and infrastructure. Subtitled ‘Modernise or Die’, the independent review was a damning comment on the ‘inexorable decline’ of the construction industry.

Our workforce is aging, not enough new blood is coming into the profession and we’re at severe risk of losing the talent that we have long been proud of in Britain. Add to that the new threat that EU workers could leave the UK following Brexit, and we’ve reached a crisis point.

But the real concern is that no one sees it as ‘their’ problem. Often, the creation of a new body or committee is seen as the solution. We seem to be good at discussing the state of construction, and less effective at doing something about it.

I spoke at the CIMCIG Leader’s Debate at the House of Lords in May. Hosted by Lord Best, former Chief Executive of the National Housing Federation, and attended by key players in the industry, we discussed how construction needs to change if it is to survive. The key concern for me however, was about where we go from here. We know that issues such as skilled labour shortages; capacity; reputation and career choice have impacted negatively on the industry, but just talking about it is not going to resolve the problem.

So what can we do? Some have pointed the finger at schools and colleges not doing enough to promote careers in construction. A lack of knowledge and understanding means that young people aren’t exposed to the variety of roles and opportunities available in construction.

However, businesses should take the lead – by working with educational establishments to inform and educate young people about opportunities available, the reputation of construction could improve.

Investment training is vital – it’s something every company, large or small, can do. The new Apprenticeship Levy, is designed to ensure the Government meets its promise of 3 million apprentices by 2020. There are also incentives for companies with fewer than 50 employees, while CITB provides separate support specifically for construction companies.

We currently have 17 apprentices at IKO, as well as trainees across a wide range of areas including IT, Engineering, Customer Services, Technical Support and Production. But addressing the skills shortage is also about showing people what we’re doing and celebrating our achievements. For example, we’ve developed links with schools, colleges, and local media through talks, career days, plant tours, and local sponsorships. We also support the Worshipful Company of Builders’ Merchants which actively promotes training within and awareness of the construction industry.

Ultimately, the shortage of skills won’t be resolved by committee or a change in legislation. I’m calling on every business to do something – however small – to promote our industry. The UK has a fantastic architectural history and one of the most impressive infrastructures in world. What we build is really good – we just need to shout about it!

So what are you doing about the skills shortage and to improve the construction industry’s image? Start the debate here on Buildingtalk.