Blogs » Climate change and potholes in our roads 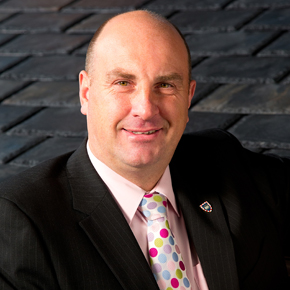 Climate change and potholes in our roads

No-matter where you are in the UK, there’s no escape from potholes at this time of year.

We expect roads to suffer normal wear and tear, but a combination of more frequent violent storms and intense rainfall caused by climate change, and ineffective temporary patching rather than proper fixing make things worse.

Figures released in November 2015 reveal a “pothole epidemic”, with more than 30,000 potholes awaiting repair in the UK, according to research by LV= Road Rescue. It costs between £50 and £60 to fix each pothole, and according to CTC, the national cycling charity, there’s an average of one road defect for every 110 metres of road in the UK. In pothole blackspots it’s very much worse. The cost of compensating drivers who claim for damage to their vehicles runs into millions of pounds. Potholes are a major factor in causing axle & suspension failure, which accounts for a third of mechanical problems on UK roads. They cost British motorists an estimated £2.8 billion a year.

We can’t stop the weather but we can deal more effectively with the damage and disruption it causes.

Year on year we see the same potholes getting bigger, getting fixed and reappearing a few weeks later. That’s partly because councils have to make rapid repairs to keep roads open and road users safe. But it’s a costly, ineffective way of dealing with the problem that lasts just until the next flood or frost ruins the road again. The porous material used to fill the pothole absorbs water into the voids and it breaks down. The edges of the pothole crumble and the hole expands.

It doesn’t have to be like this. ‘Patch Teams’ could use a modern void-less impermeable repair material which solves the problem of water and frost ingress. Preparation involves squaring the edges of the hole to make a clean edge before applying the repair material. It takes a little longer to prepare but the repair material sets quickly so the road is back in use within hours. The result is a lasting repair without resurfacing the entire road.

Why are we wasting taxpayers’ money using materials that aren’t up to the job, putting the country through this regular expensive misery? Always working as cheaply and quickly as possible is false economy. Do it once, do it right!