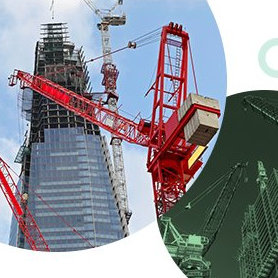 At its pre-recession peak in 2008, the UK’s construction workforce was 2.58 million; a staggering amount. However even more confounding is the fact that by the end of quarter four last year, this had dropped by nearly 13 per cent to 2.25 million. The big problem is that those that were forced to leave the industry at the start of the recession have left a gaping skills gap behind them which is continuing to cause issues.

Before the recession hit, a variety of industry graduate training programmes were being run by contractors and developers in the residential sector and money was in plentiful supply. It was common practice for us to be arranging around 15 first interviews a week which now seems somewhat ridiculous given the way the industry has changed. Salaries were high and construction job openings were plentiful.

When the credit crunch hit in 2008, and the banking sector went into freefall, graduate training programmes were cut as being ‘non-core.’ They really didn’t get going again until 2013, and the old ways of actively promoting to universities to attract the best talent wasn’t until 2014.

The result was a four-year gap after the last tranche of graduates came into the industry before the crunch, and many of those arriving in 2007 and 2008 were shown the door when the recession hit. Now we are faced with an industry where those experienced late twentysomething and early thirtysomething graduates needed to team lead on projects are missing, and junior guys with perhaps only two or three years’ experience are being over promoted to fill the gap.

The worst irony is that now there is a lot of work to do to deliver on demand, particularly in the residential sector, but the new professionals aren’t there to deliver it, and many don’t want to return to the industry having been through a traumatic time in the late 2000s. At the same time there are lot of senior people who now want to step up to board level, meaning there is a excess of applicants for each position, and an oversupply of freelancers who left the industry during the recession and now command high rates and benefit from flexibility. This perfect storm has only begun to dawn on people relatively recently, but what can be done?

The way that some firms have tried to deal with this shortage in management skills is to throw money at the problem. However, it is hard to justify a £20,000 jump in salary for the same Senior Surveyor position in 12 months when the rest of the economy hasn’t kept pace. This sort of inflation-busting rise isn’t sustainable because the rest of the team is likely to want something similar and be demotivated if it isn’t given.

The construction industry had to make hard-headed commercial decisions as the recession bit into their profit margins, but some of those decisions are now coming home to roost in the form of the skills gap. Many staff were treated brutally, and some professionals with good experience are now reluctant to go back to work for the larger organisations which made large numbers of staff redundant, sometimes at very short notice.

The mind-set of candidates has changed and as a ‘sellers’ market’ employers need to be acutely aware of how. Before the recession they may have just looked at whoever was making the highest offer as salaries were very healthy, however graduates who have come into the industry since 2008 or perhaps knew people who went through a traumatic time have a different mind-set.

The experienced young candidates the sector desperately needs are much more focused on achieving genuine work-life balance and being part of an organisation with a strong set of values beyond simply making money. Recent graduates are from Generation Y and are asking employers ‘why would I want to work here?’ As the new graduate programmes will take some time to bed in, employers facing the challenge of delivering construction projects now need to be able to answer that question.