Commuting one stop can save you a fortune on London houses

Howard Chapman takes a look at the latest eMoov maps, which show average property prices around the London Underground and UK National rail stations – the sources suggest that even a one stop commute can save you a fortune!

eMoov’s research follows the London Underground, highlighting the areas around the city which offer the best value for money, with regards to house pricing. It suggests that one stop can make a big difference to property price.

For example, the average house price in Finchley Road exceeds £1.4 million, but, by taking the tube just eight minutes down the line to Wembley Park, buyers can purchase a home for £1 million less. Similarly, moving one stop from Hampstead to Golders Green can save you nearly half a million pounds.

The most affordable property prices across the whole network are within a nine minute tube journey of each other in the London Borough of Barking and Dagenham, with prices below £250k. 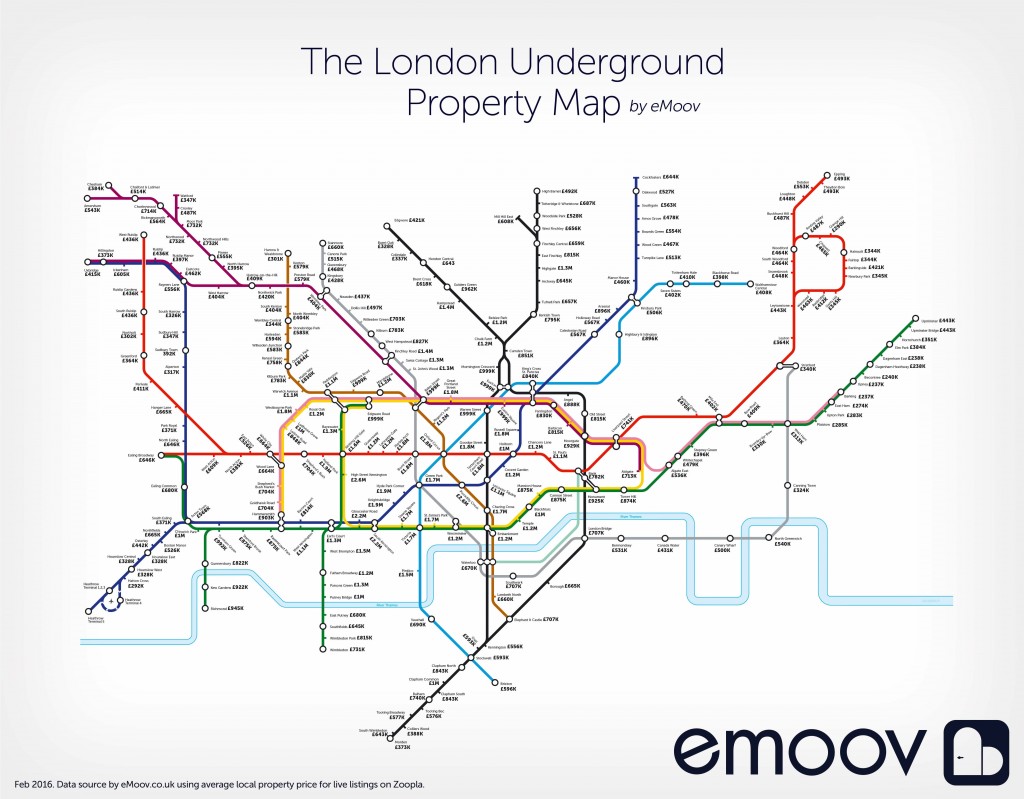 eMoov has produced another map, charting the average house prices across each overground train station in England, Scotland and Wales.

Overall, the average price for houses around London’s 14 major terminals sits at £1,024,070. The capital accounts for the highest house price of all stations on the map: properties around Wimbledon, for example, cost an average of £736,000.

However, outside the central London bubble, the average property price across all stations is just £221,000.

Henley-on-Thames is the most expensive place to purchase a property on the rail network outside of London, with the average property costing £731,000. However, for the sake of a four hour train journey, buyers can save nearly £673,000: Wales’ Treherbert offers the lowest property price point on the entire rail network, at just £58,000.