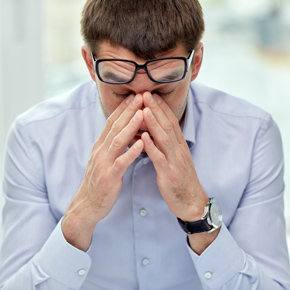 An Open Letter to the Prime Minister signed by more than 50 leaders from across business and mental health has called on the Government to prioritise its manifesto pledge to amend health and safety legislation to put mental and physical first aid on an equal footing.

Signed by leaders from organisations including Mace, The Construction Industry Council, Building Mental Health and The Chartered Institute of Building, this call comes at a time when men in the construction industry are three times more likely to take their own lives than other men.

It’s estimated that one in six people of working age will experience mental ill health including depression, anxiety or issues relating to stress.

With over 28 million people in work in England, this represents nearly 5 million people. Mental health issues are also estimated to cost the UK economy almost £35 billion every year and 15.4 million working days are lost to work-related stress, depression or anxiety.

Martin Coyd OBE, Director, Building Mental Health, commented: “We know that mental health is something we need to go the extra mile to support in the construction industry.

“And that’s why so many organisations are already signing up to the Building Mental Health Charter and using Mental Health First Aid as part of their approach to improving mental health support on and offsite.

“It’s fantastic to see so many leaders from across different sectors supporting this Open Letter and signalling their commitment to their employees’ wellbeing.

“There’s a huge role for business to play in raising awareness and helping people to access help when they need it, and ensuring everyone has access to someone with Mental Health First Aid skills is something that will make a real impact across society.”

“The change in legislation we are calling for will establish a baseline for protecting mental health in the workplace, ensuring no one is left behind.

“This is just one part of improving approaches to workplace mental health, but it represents an important step forward. Ensuring that first aid support is there for the millions of people who struggle with their mental health every year will make a big difference to how we all think about our health as a whole.”

The Open Letter follows the delivery of a petition of over 200,000 public signatures to 10 Downing Street as part of a mental health campaign called ‘Where’s Your Head At?’ founded by Natasha Devon MBE, Mental Health First Aid England and Bauer Media, which has received cross-party backing.

MPs from across the political spectrum originally showed their support for the issue by signing an Early Day Motion tabled by Norman Lamb MP in October 2016.