Blogs » Construction output down because of labour shortages and uncertainty 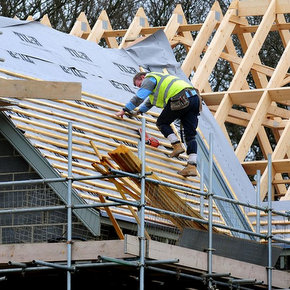 Construction output down because of labour shortages and uncertainty 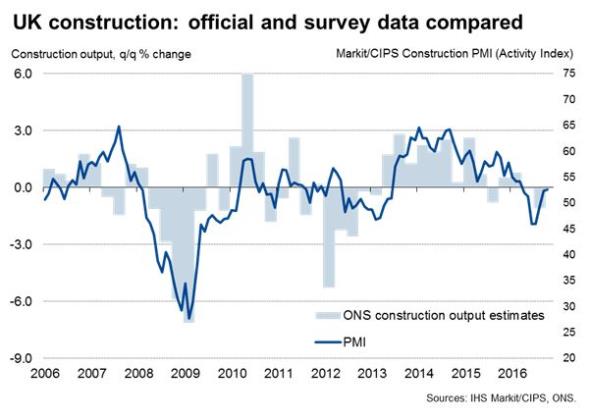 The latest ONS statistics on construction output have had the post-Brexit vote doom-mongers wringing their hands with headlines like ‘UK construction at weakest level for four years’. However, Buildingtalk warns against interpreting too much from any short term statistics and to take closer look at the detail.

For example, though the year on year quarterly comparison showed output in the construction industry fell overall by 1.1%, we see that there was a fall of 3.4% in repair and maintenance work but an encouraging 2% increase in all new work. The Markit/CIPS PMI survey has also shown construction industry output rising in both September and October, with the rate of growth accelerating to the highest since March.

ONS statistician Kate Davies, commenting on Brexit, said that construction output has remained broadly flat in the last year, both before and after the recent referendum.

Many contractors were unable to bid for work during Q3 2016 due to labour shortages, according to the latest Build UK State of Trade survey from Glenigan. We still need to import skilled labour to meet demand and continue growth. No doubt the Treasury will be making this point to those considering changes to immigration rules.

It’s interesting that in Northern Ireland, where labour shortages are less acute, the construction industry has hit a seven-month high with new PMI figures indicating new orders and employment all increased at faster rates in October.

In the autumn statement later this month, UK chancellor, Philip Hammond will be setting out measures to increase housing supply and announce new spending on infrastructure as he rows away from George Osborne’s obsession with austerity.

We will also get some sight of additional measures to encourage more economic activity as we begin to negotiate the changes in relation to the EU .

A number of surveys indicate that the construction industry is beginning to revive after being hit hard by the economic and political uncertainty around the time of the Brexit vote.

The upturn will come as the government builds confidence about the opportunities for the construction industry to lead the post Brexit UK economic revival.

Link to ONS staistics on ‘Construction output in Great Britain: Sept 2016 and July to Sept 2016’