Howard Chapman, Buildingtalk Editor reviews a recent Tweet on @Buildingtalk about the Bothy Boom in Scotland – and asks if it would be a great option for all the UK.

Scotland is set for a ‘bothy boom’ after Ministers proposed the removal of building regulations on huts and other similar structures.

Officials estimate the average cost of building a 30m2 bothy hut to comply with the current building regulations at around £35,000. Once the regulatory burden is reduced, this could fall to around £17,500. 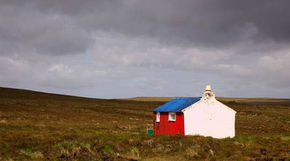 To qualify as a hut or a bothy, the building would have to be “sited in a remote or rural location” and primarily used for “recreational activity”.

However, raised sleeping platforms and outdoor decking would not be allowed but I’m not sure why.

Donald McPhillimy, one of the co-leaders of the campaign to make Bothy building easier, said: “A thousand huts would be a good start. In Scandinavian countries they have nearly as many huts as they have families so there’s a long way to go if we were to reach similar levels in Scotland and reconnect people with the countryside”.

I think Bothies are brilliant way to connect us urbanites with nature. And for our old folk, with the Bus Pass and the Bothy, it will be an economic way to explore Scotland!

What do you think about the Bothy Boom – should it be extended throughout the UK?

Read more about ‘Prepare for boom in Bothies’

PS…. a new lease of life for the historic shepherd’s hut? 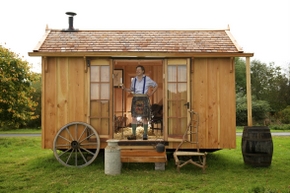 In response to my Blog about the Bothy Boom, Charlie Laidlaw from David Gray PR [email protected] sent me a very interesting article about how the historic part of the countryside is being brought back to life by Scotland’s leading furniture design school, the Chippendale International School of Furniture, with the revival of the traditional shephers’s hut.

The shepherd’s hut was once a common sight across much of the British countryside, allowing farmers to watch over their flocks by night, particularly during the lambing season.

Here is a link to the artcle on the Shepherds hut revival.

I’m now on the trail of the revival of shepherds huts in France because, by sheer coincidence, I’m in Honfleur next week visiting an artist friend who lives in a converted shepherd’s hut – just one of hundreds in that part of Normandy….