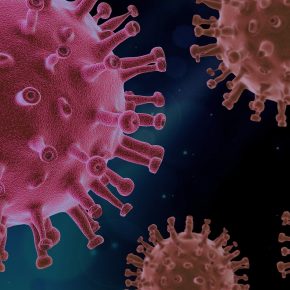 Buildingtalk editor Max Banner writes about how the world of construction has been impacted by the COVID-19 (Coronavirus) pandemic.

“I am writing this on the morning after it was announced that Prime Minister Boris Johnson is in intensive care at St Thomas’ Hospital, after his condition in hospital worsened. First and foremost, my thoughts are with him and everybody who is battling this dreadful virus to the same degree. We just have to hope that as many people as possible can make a full and speedy recovery who are in this situation.

“A few days ago, we featured a piece on the website about last month’s Futurebuild event, whereby organisers thanked the industry for turning out, amidst this ‘time of uncertainty‘.

“And it got me thinking… in under a month, the London ExCeL has gone from hosting events for the industry, such as Futurebuild, to becoming a field hospital – the NHS Nightingale London. It was something that amazed me really – just how fast paced this whole situation is and how much everything has had to change in such a relatively short amount of time.

“The NHS Nightingale London currently has a capacity for 500 patients, with the potential to hold 4,000. It was first announced on 24th March, and then went on to open Friday (3rd April).

“Seven other NHS Nightingale hospitals have been planned, in Cardiff, Glasgow, Belfast, Manchester, Bristol, Harrogate and Birmingham – the one in Birmingham is set to have the potential to be the biggest of the five (up to 5,000 patients) and will be at the National Exhibition Centre, which is home to another of the industry’s major exhibitions, UK Construction Week.

“It’s just another of the many aspects that show just how these times are so surreal, and so changing. The halls of exhibition centres, that are so familiar to us and hold major events on so many of our calendars, are now field hospitals, not seen in the United Kingdom since the Second World War.

“Of course, I hope when UK Construction Week comes around in October, that we will be at the NEC, enjoying the great three day event and that we are back to something that resembles normal.

“In terms of the NHS Nightingale London, I think it is truly amazing how the construction industry has united to build it in such a short space of time (nine days to be precise). This BBC article outlines how the hospital was built, and if I recommend you watch one video today, make it this – an incredible look, using timelapse footage, of the hospital’s construction, also via the BBC website.

“A couple of instances of companies involved in the construction of NHS Nightingale London that caught my eye were GEZE supplying its door closers and fans from Vent Axia helping to support the development.

“The Vent Axia case study in particular was a shining example of how construction companies have had to work speedily and efficiently at this time, with the delivery completed within three hours of the order.

“Something like that and, as I have already alluded to, how companies have worked together here, are really heartwarming and certainly shine a very positive light on the construction industry, showing how anything can be achieved, even in such times of adversity.

“Construction also made the news a few weeks back, when site workers were shown live on breakfast television (the morning after Boris Johnson’s Monday night address to the nation whereby we were ordered to stay at home).

“As the name ‘site workers’ suggests, they were on site and they were working! But the hullabaloo was created because people were arguing where they should have been there or not? Were they social distancing? Are they essential workers?

“It did seem as though there was a little confusion after Boris Johnson’s Monday night statement – some believed all workers deemed ‘non-essential’ were to stay at home and, therefore, construction workers should not be at work.

“However, it has since been established that work can take place outside, if it cannot be done at home, so construction can continue (unless workers are told otherwise by an authority or something similar). Certainly, construction workers on key projects, such as hospitals, will be continuing.

I want to close by wishing you all good health. Please, stay safe.