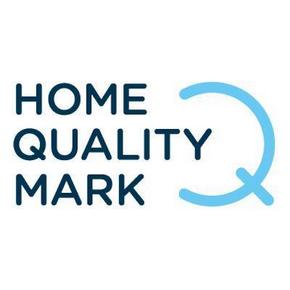 Does the Home Quality Mark (HQM) herald a new era of housebuilding quality?

Is the new Home Quality Mark (HQM) still a work in progress? 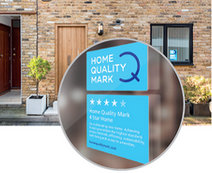 The HQM has now officially joined the highly successful BREEAM family of quality and sustainability standards, stepping into the shoes of the now defunct Code for Sustainable Homes as a voluntary national housebuilding rating scheme which pretty much covers all of the bases. This comprehensive new standard incorporates elements of BREEAM and the Code but in its nascent and still developing form how workable is it?

The scheme was soft launched as a beta version last October which is a fully functioning standard but with the industry being actively encouraged by BRE to feedback from their experience of using it in practice to help hone the final version. This very open developmental approach is welcome however it does mean that the Mark as it stands is still something of a work in progress.

Developing a simple star system which makes sense to the two key audiences of consumers and housebuilders is laudable, but behind the ratings are a complex matrix of criteria for gaining credits which go way beyond the building itself to provide wide-ranging detail on a house’s credentials. These range from wellbeing issues such as air quality, transport and amenities to resilience, energy costs and post-construction fabric testing.

The layout and methodology of the HQM Technical Manual will feel familiar to assessors who have worked with the CfSH or BREEAM but seems even more intuitive and informative with three overarching sections: ‘Our surroundings’, ‘My home’ and ‘Knowledge Sharing’. For each there are indicators graphically represented with their importance in the scheme and the credits awarded – the indicators being cost, health & wellbeing and environmental footprint. These feed into the final certificate which informs the end user about their home.

Numerous study sites have been initiated by BRE which are informing the technical and operational feedback into the scheme although the number of HQM registered sites under the beta launch has not been released. The fact that registrations are free for six months should help encourage forward-thinking developers and clients to get involved.

Although the beta version of HQM is a fully functioning scheme, the BRE are welcoming feedback on all levels. While it is unlikely that the fundamental mechanisms and layout of the scheme will change drastically, it’s possible the first non-beta edition of the Technical Manual will have slight differences in terms of elements such as credit weightings, evidence requirements, or section wordings.

The initiative was launched nearly a year ago at EcoBuild 2015 and will have a strong presence at Ecobuild 2016 including sponsoring the first day of the event which focuses on housing. This will keep the new scheme in the forefront of the industry’s mind and help everyone to become more familiar and more knowledgeable about HQM going forward.

At HQM’s launch at last year’s Ecobuild Tony Barton, Executive Chair of consultant Sustainable Homes proclaimed that he “expected it to fly off the shelves, because we know the demand is there.” It may take time for it to usher in a new era of quality in housebuilding with builders using a star rating as a differentiator in the marketplace and housebuyers benefitting from an independent guarantee that their new home is not only well designed and built, cheaper to run, healthier and more sustainable. It is an exciting initiative with a lot of potential but with only 59 assessors currently qualified to use it in practice, it is a case of watch this space.